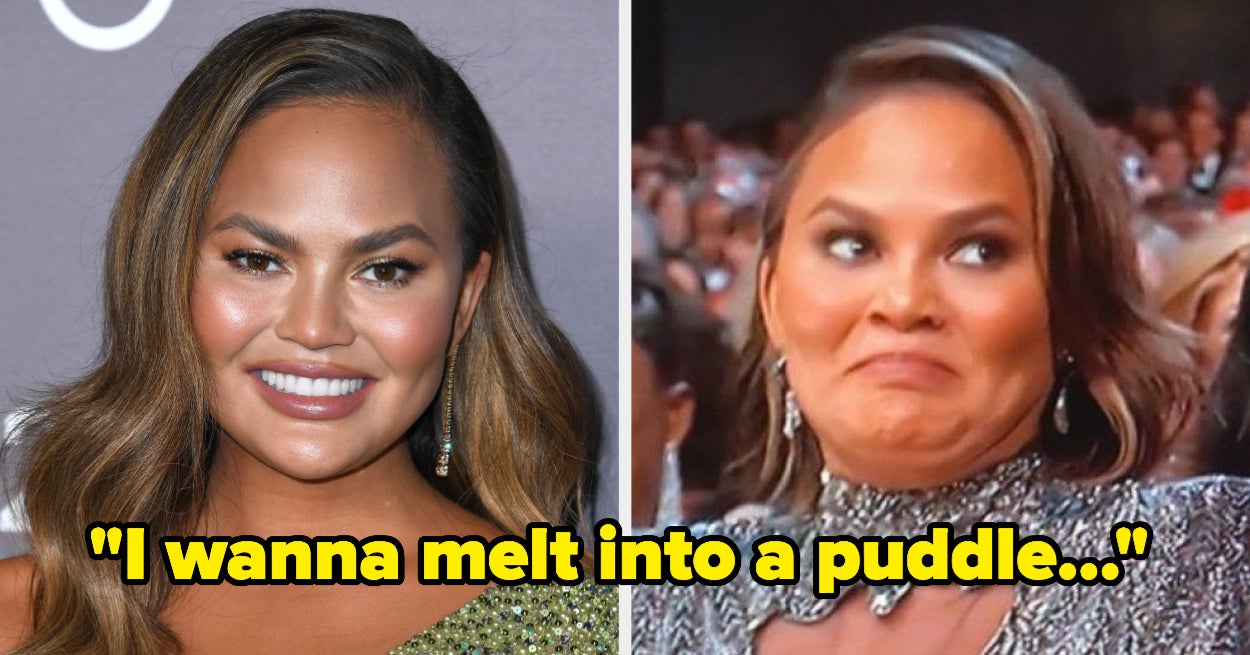 Here’s yet another funny tweet from Chrissy Teigen — who has written a lot of them — and this one’s so relatable that it hurts.

Chrissy recently took to Twitter to share what she believes “the most embarrassing thing” is, and it’s — unfortunately — a dilemma that many people face on a regular basis.

OK, let’s unpack this. That’s a lot of “entires,” but it perfectly sums up a very awkward social situation.

First of all, it’s ONE THING to forget someone’s name — a person you perhaps have seen enough times that you should definitely know their name — but it’s a WHOLE other level of awkward to call them a completely different — and wrong — name. As Chrissy says, it makes one “wanna melt into a puddle and down a drain into the ocean then boiled into steam and blown into the atmosphere.”

Anyways, Chrissy continued her thread to further make her point: “Meanwhile, if any of us, any of us!, were called by the wrong name, WE WOULD NOT CARE? I can’t imagine caring.”

“John could do it. I wouldn’t care,” she concluded.

According to Chrissy, even her husband, John Legend, could call her the wrong name, and it wouldn’t bug her the same way.

Fans agreed with Chrissy’s most embarrassing thing: “This is why I’ve never asked my neighbour his name. I know his dog’s name but not his. It’s been 3 years. I cannot ask now,'” one fan tweeted.

Some eventually got caught using the wrong name:

And some even started sharing other stories of their “most embarrassing” moments:

Or this almost-embrace with a total stranger:

Or even this awkward moment of walking in on someone in the bathroom:

And just like that, Chrissy started a long Twitter thread of fairly entertaining but incredibly embarrassing moments!!!

Do you agree with Chrissy’s “most embarrassing thing in the entire world”? Have you had any moments that are even MORE awkward? Let me know in the comments below!