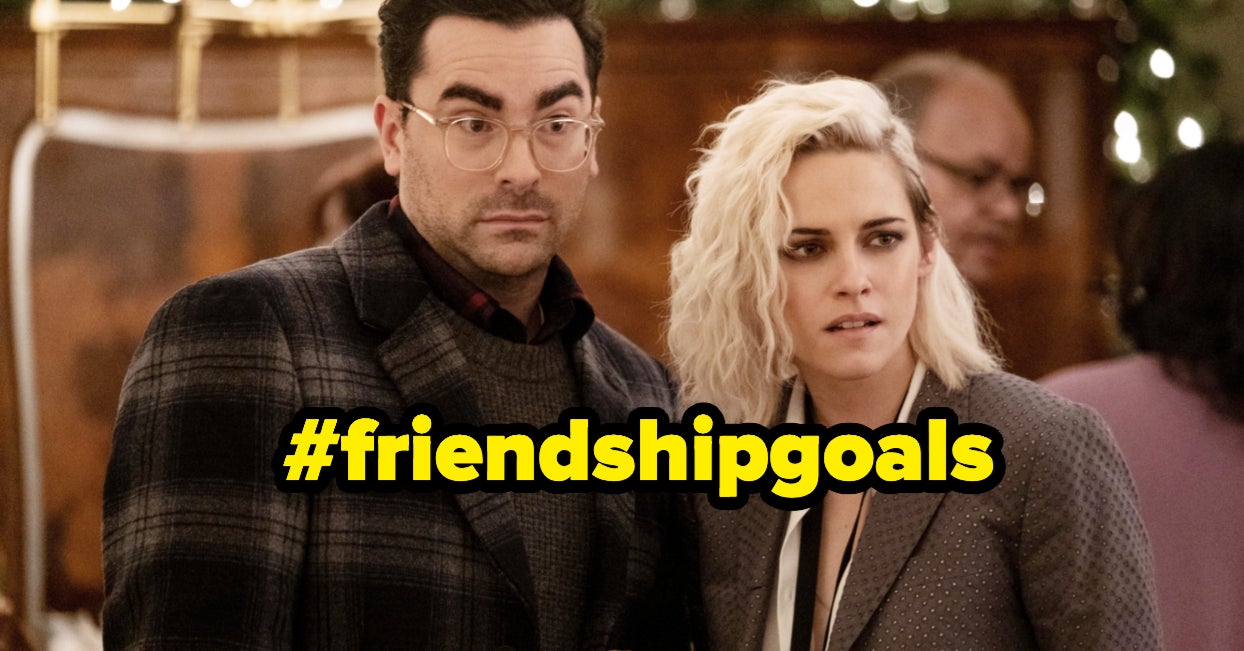 Hulu dropped the spectacular Happiest Season last Friday, and while there are many stand out performances, Dan Levy just took the cake. Levy plays John, a tech-savvy literary agent and best friend to one of the film’s main characters, Abby (Kristen Stewart).

From John’s first introduction in the movie, I knew he was going to be nothing short of fantastic.

Seriously, the running gag of him tracking everyone in his life never got old.

While we saw him be an incredibly supportive friend to Abby, the same could not be said about how he treated her fish.

But, in my opinion, John’s best moment of the film was the beautiful speech he made, in which he validated Harper’s anxiety and fears about coming out, while also validating Abby’s wish to be with someone who is out.

I definitely wasn’t the only one jumping on the John train. The internet seemed to deem him “the world’s greatest friend:”