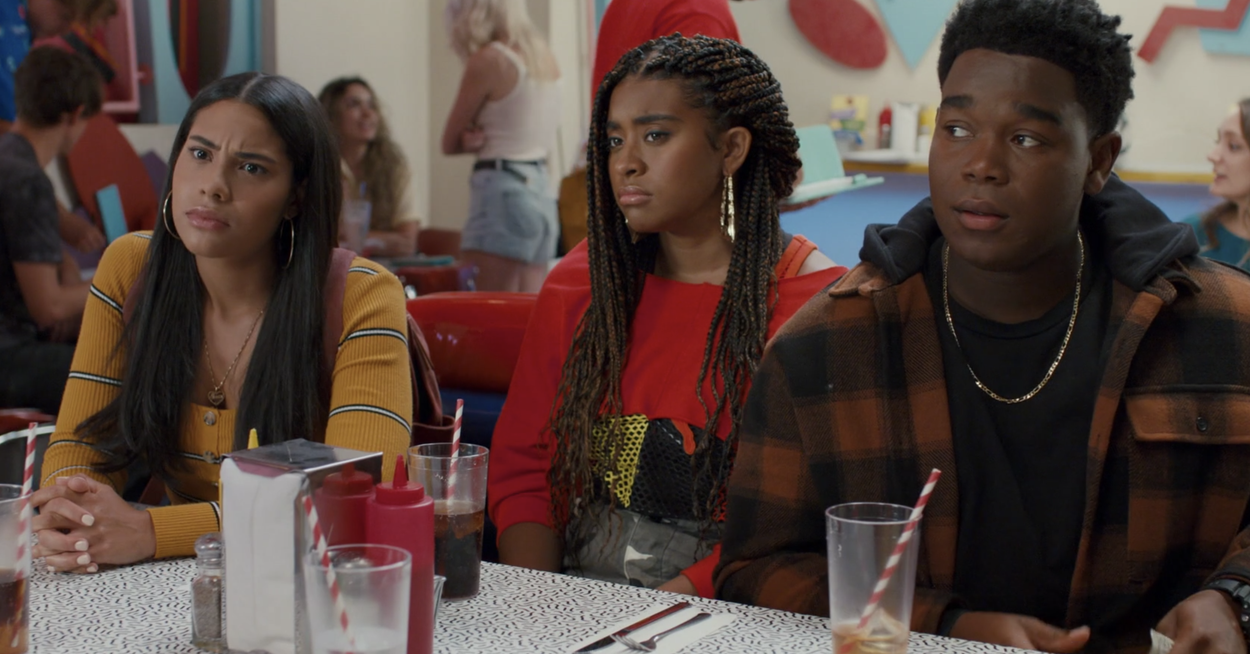 Last Wednesday, the Saved by the Bell reboot was released onto Peacock — which is NBCUniversal’s streaming platform.

As a fan of the original iconic series, I was a little skeptical when the first few trailers for the reboot came out, but now that it’s released, I had to check it out!

Here’s Peacock’s synopsis of the series.

The opening scene gives us an update on Zack Morris and it already had me laughing. He’s still married to Kelly, has a teenage son, but has somehow become governor of California🤨.

Then we meet the new generation of Saved by the Bell characters. First there’s the Douglas High sophomores whose school was shutdown and now attend Bayside High: Daisy (left), Aisha (middle), and Devante (right).

And Mac is basically a carbon copy parody of his father, LOL.

Anyway, the Bayside characters are all wealthy and incredibly oblivious to their privilege until the Douglas students arrive.

In the first episode Daisy, Mac, and Lexi run against each other for class president. Mac and Lexi just want the president parking spot, while Daisy wants to make the school better for Douglas students.

The show also constantly satirizes aspects of the original series and sitcoms like it, which was refreshing and hilarious.

I especially love the humor that Bayside’s “it girl” Lexi brings to the show. Her dialogue and delivery are some of the funniest moments.

Also, Slater and Jessie both work at the school so they ofc sprinkle in a little ✨nostalgia✨ here and there through the show. But it’s never forced, nor does the show rely heavily on it.

Lastly, the show’s opening sequence pays homage to the original iconic intro, but TBH, I didn’t exactly love it.

All in all, this reboot is a funny and fresh sequel to the original. The comedy is exaggerated, but self aware. While the new topics and dynamics between these characters make it a great watch!