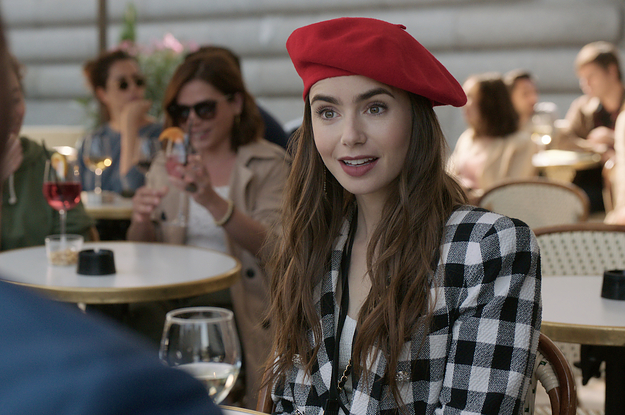 There was a lot to dissect in Emily In Paris — so much so that you may have missed the correct way to pronounce the title of Lily Collins’ hit Netflix show.

During an appearance on The Tonight Show Starring Jimmy Fallon, Lily revealed the title is supposed to be said using the French pronunciation. So if you’re saying it right, then you’ll find the word “Emily” actually rhymes with the word “Paris.”

“When we were shooting in Paris, we heard people referencing it as that more often. Because we’re in Paris, [with] the accent, I was like, ‘Oh yeah, it rhymes, that’s cute’,” Lily said. “[I] literally forgot about it. Came back home. It was never a big thing.”

It turned out to be a talking point once again when Netflix reminded everyone that they’ve been saying the title wrong.

“I felt like I was one with every single other person in the world that found that out the same day,” Lily laughed. “I was like, ‘Wait, have I been saying it wrong?’… I’m like, oh my god, I fell for it!”

“I’m Emily, and I [was even] saying it wrong,” she jokingly continued. “I feel like that’s actually something Emily herself would be like, ‘Well, I guess I was part of the joke.'”

The title of the hit Netflix show is not the only thing fans were confused about. When the actress said her character is supposed to be 22 years old, a lot of people scratched their heads.

Lily later laughed it off.

Even though there are plenty of other things in the story that still don’t add up, at least now we know how to properly pronounce Emily In Paris.