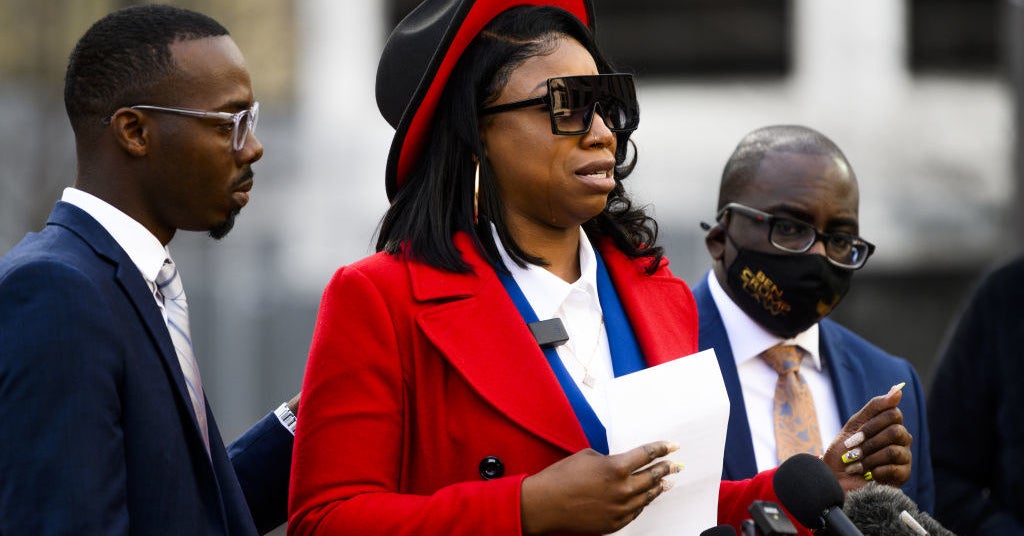 In the civil lawsuit, Floyd’s family alleged that former Minneapolis cop Derek Chauvin and the three other officers involved in Floyd’s death violated his constitutional rights by using “unjustified, excessive, and illegal, and deadly use of force.”

The lawsuit also accused the Minneapolis Police Department and the city of acting with “deliberate indifference” in condoning unconstitutional police practices, which were the “moving force behind George’s death.”

The Minneapolis City Council unanimously voted to approve the settlement during a meeting Friday, five days into jury selection in the ongoing criminal trial for Chauvin, who is charged with second-degree murder, second-degree manslaughter, and third-degree murder for Floyd’s killing last May.

As part of the settlement agreement, $500,000 is to be used “for the benefit of the community” around 38th Street and Chicago Avenue, the site of Floyd’s death that has now become widely known as George Floyd Square.

“No amount of money can ever address the intense pain or trauma caused by his death to George Floyd’s family or to the people of our city,” City Council President Lisa Bender said after the vote. “Minneapolis has been fundamentally changed by this time of racial reckoning.”

Attorneys for Floyd’s family said Friday that this was “the largest pre-trial settlement in a civil rights wrongful death case in U.S. history.”

“George Floyd’s horrific death, witnessed by millions of people around the world, unleashed a deep longing and undeniable demand for justice and change,” Benjamin Crump, one of the attorneys, said in a statement. “That the largest pre-trial settlement in a wrongful death case ever would be for the life of a Black man sends a powerful message that Black lives do matter and police brutality against people of color must end,” he said.

Floyd’s brother, Rodney Floyd, said the agreement was a “necessary step” for the family to get some closure.

“George’s legacy for those who loved him will always be his spirit of optimism that things can get better, and we hope this agreement does just that — that it makes things a little better in Minneapolis and holds up a light for communities around the country,” Rodney Floyd said in a statement.

His sister, Bridgett Floyd, the founder of George Floyd Memorial Foundation, said, “While our hearts are broken, we are comforted in knowing that even in death, George Floyd showed the world how to live.”

Attorneys for Floyd’s family said they were also waiting “for justice in the criminal courts.”

As of Friday afternoon, six jurors had been selected in Chauvin’s criminal trial, which began Monday amid heightened security in the city.

Any public information about the case, including the settlement agreement, could be damaging to the defense, Ted Sampsell-Jones, a Mitchell Hamline School of Law professor, told BuzzFeed News before Friday’s announcement.

However, he believed that the civil settlement would not impact the criminal trial. It would not be admissible evidence, so the jury would not hear about it all, Sampsell-Jones said.

“Of course, with this trial, there is a ton of inadmissible evidence that has been published in the media,” he said. “We just have to hope that the jury will follow the law, ignore what it reads in the press, and decide the case based on the evidence presented at trial.”

During Friday’s press conference, attorneys for Floyd’s family said that the civil settlement would not hinder the criminal trial and that they had faith in Attorney General Keith Ellison’s to “zealously prosecute” the criminal case.

In 2019, Minneapolis agreed to a $20 million settlement with the family of Justine Ruszczyk Damond who was fatally shot by former Minneapolis officer Mohamed Noor, a Somali American convicted of third-degree murder and second-degree manslaughter.

Floyd’s civil lawsuit said that while the city’s settlement with Damond’s family was “billed as transformational, it had no meaningful impact on how the MPD conducts its business.”