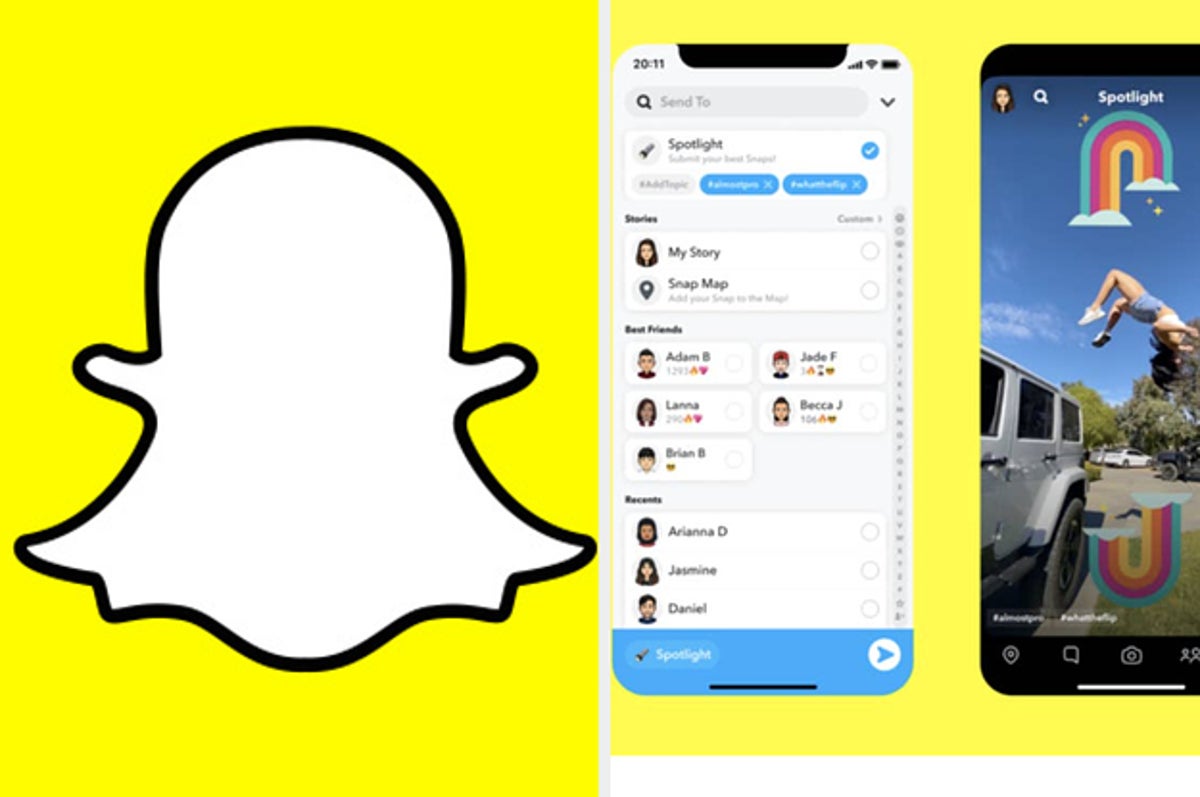 Snapchat is launching a new feature called “Spotlight,” which will highlight viral public snaps. To encourage posts, Snapchat will pay actual money to people whose posts make it to Spotlight each from a pot of about $1 million.

Spotlight is a huge change for Snap: finally, a way to see quality content from strangers (yes, Snap Map already shows you random strangers’ Snaps, but it feels more like watching an art installation rather than algorithmic time suck.)

Compared to other platforms, Snapchat has been notoriously closed off to typical influencers and creators because it doesn’t have a discovery engine like Instagram’s Explore page, TikTok’s For You, or YouTube’s recommended videos. The app, founded in 2012, has always had peer-to-peer messaging as its core function, apart from the publishing channels and Snap Map.

Snapchat says its goal is to make the Spotlight page a place where normal people, not just celebrities or influencers, can get on it and even make money. An algorithm (it will be human moderated but not curated) based on a mix of how many favorites a snap gets, if it’s sent to friends, or skipped partway through will determine which ones rise to the top. (TikTok is like this a little bit, in the sense that lots of random people will have one viral video but not a lot of followers.) The goal is an egalitarian meritocracy but it seems ripe for cynical Jake Paul types to game the system with chum. We’ll see!

The payouts will be based on how viral a snap is — more views equals more money. It’s unclear how many people will get some form of payout per day (lots of people getting small payments or a few large ones) but a spokesperson for Snap said that the top payouts will be a significant part of the pie. There will be a minimum of $250. The payments are only for people over 16 and in the US. Snap is committing to doing $1 million per day through the end of the year at least.

This big change comes the week after Twitter and Instagram made two significant changes that copied the features of other apps. Instagram gave the front and center button in a redesign to Reels, its TikTok clone, and launched a Reels feed that’s equivalent to the “For You” page on TikTok. Meanwhile, Twitter added “Fleets,” which are Stories — copied from Instagram, who copied them from Snapchat (Snapchat launched Stories back in 2013).

The result is a weird flattening and confusion between the apps. As I casually flipped between Twitter, Instagram, and TikTok on my phone, I found myself constantly confused where I was. As I mindlessly switched between apps in a fugue state — as I imagine most people do while casually looking at their phone, I realized I was actually on Twitter when I thought I was on Instagram, and watching Reels instead of TikTok.

Now add Spotlight to that rotation.