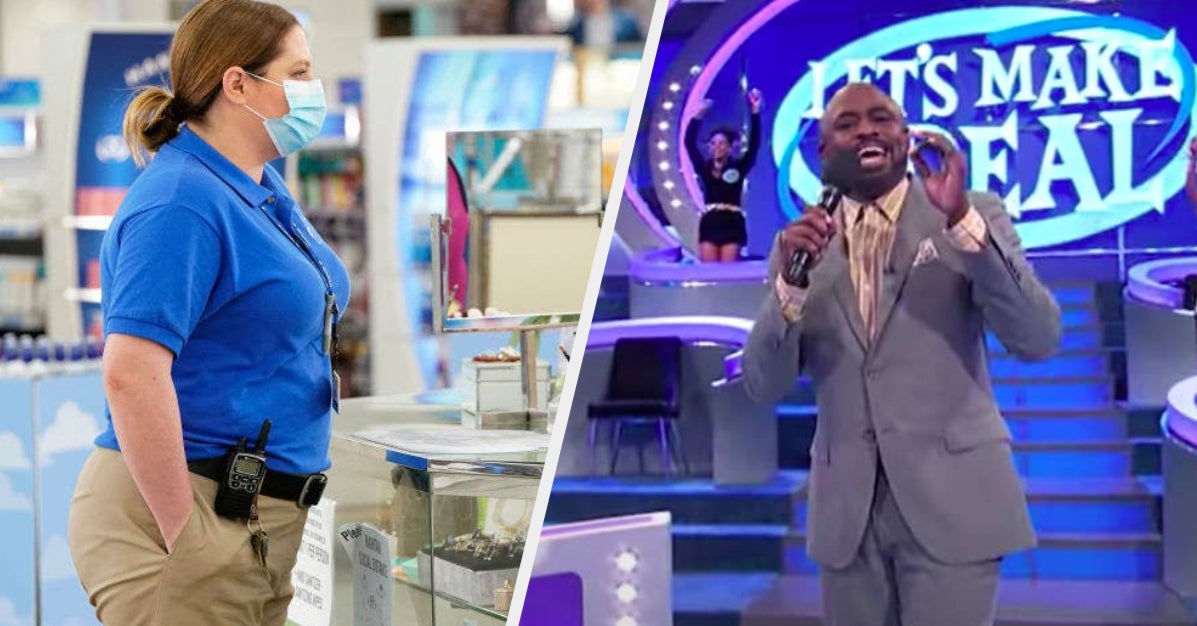 Police officers, firefighters, grocery store clerks, nurses, doctors — amid yet another surge of COVID-19 cases in Los Angeles, film and television crew members say they’re concerned that they too are being deemed “essential workers” at a time when hospitals are reaching capacity and the rate of infections continues to increase.

California averaged 247 COVID-19 deaths every day over the past week, a new record, according to a tally by the Los Angeles Times. On Monday, Los Angeles County reported 12,398 new coronavirus cases and 60 related deaths.

As the surge continues, TV production crew members are afraid of risking their lives to go to work and potentially get sick on set. At the same time, they’re also nervous about how another shutdown would impact their earnings and ability to pay their bills during an already unpredictable time.

“It sucks that we’ve all been put in this position to have to choose safety over a paycheck,” a crew member at The Voice told BuzzFeed News. “It is such a scary time.”

We want your help! If you have more information or a tip regarding workplace culture in the entertainment industry, contact [email protected], or reach us securely at tips.buzzfeed.com.

Southern California is especially struggling with a dwindling supply of intensive care unit beds for a population of about 24 million people. The numbers that are currently being reported are far worse than when productions shut down in March, but most TV shows have been up and running since the summer and fall months.

The crew member who works at The Voice, who preferred to remain anonymous for fear of retribution, said they went back to work in July with most people filming indoors at a studio in Burbank.

“The first time we showed up on set, no one knew what to do,” and there was more confusion than there were answers and instructions, they said. “The first few weeks back were a little uncomfortable.”

Eventually, management became more informative and staffers got the hang of working on set under new, strict guidelines, they added. But the dramatic rise in COVID-19 cases has them worried about the health risks of going to work.

“It just sucks that we’re all in this position and you want to think that your employers are doing everything they can to keep you safe, but at the end of the day they’re big corporations like NBC and they just need to make their content, whether you’re safe or not,” the Voice employee said.

Under LA’s new Safer at Home Order, “workers who support radio, television, and media service” are considered “essential workers.” The Voice staffer said that on the one hand, they understand productions are “such a big part of LA’s economy,” but on the other, “it’s kind of insane.”

“I’m very grateful to have a job and have these businesses figuring out how we can all still work, but it’s crazy to me that we’ve deemed TV ‘essential,’” they said. “With the numbers right now, we don’t need to be doing this. Let’s just shut down right now.”

Earlier this month, The Ellen DeGeneres Show halted production at its studio in Burbank after the talk show host tested positive for COVID. Apple TV+’s The Morning Show starring Jennifer Aniston and Reese Witherspoon also stopped filming because a crew member tested positive for the virus. And Variety reported that other LA-based shows like American Crime Story: Impeachment and Mythic Quest: Raven’s Banquet shut down because of positive COVID cases on set as well.

According to Variety, Mythic Quest show creator and star Rob McElhenney said in a message to staff, “For as alarming as this sounds, we have been expecting this for weeks. The numbers in the county are spiking and consequently our numbers are doing the same. But to date there remains ZERO evidence of any transmission at work. Our set continues to be one of the safest places you can be outside of your homes.”

NBCUniversal and CBS didn’t immediately respond to requests for comment.

The correlation of COVID-19 cases in Los Angeles and on production sets is a major concern for one crew member on Let’s Make a Deal who asked to remain anonymous.

“I know how lucky I am to be working right now and to be getting a paycheck that’s more money than the unemployment I would otherwise be getting,” the Let’s Make a Deal staffer told BuzzFeed News. “But if another shutdown is what’s necessary to make the rise in COVID go away, then I get it. I don’t want people to die — my paycheck isn’t more important than someone else’s life.”

The crew member said they mostly feel safe on set because most of the employees have worked together for more than a decade and are invested in each other’s health and safety. But there’s only so much you can control about how people spend their time outside of work, the crew member said. Most television productions are currently on hiatus over the next few weeks because of the holidays, but their looming return dates are still set for January after people have possibly spent time with friends and family, maybe even involving travel.

“My biggest worry is coming back from Christmas. Over Thanksgiving, we only had one week off so no one traveled, no one really did anything, we did a test 48 hours before our first day back to work and it was fine,” the Let’s Make a Deal crew member said. “But Christmas is a longer break — it’s two weeks for some and three weeks for others — so I’m just worried because taking a test two days before work if you got off a plane the day before isn’t necessarily accurate to your potential COVID infection the following week.”

Some production crew members are more willing to endure another shutdown than others. A Hollywood stunt performer who also preferred to keep their identity anonymous told BuzzFeed News, they will “absolutely keep working as long as I can” because they already lost out on months of work this year due to the pandemic.

“I have kids and a responsibility to keep them safe. I feel like we’re probably testing probably more than the White House is,” they said. “I’m sure some shows aren’t as good about everything, but I don’t feel like I’m in danger. When we’re doing stunts, we’re fighting, screaming, and doing crazy stuff with each other and we could definitely expose each other, but I haven’t been worried once.”

A crew member who works on NBC’s Superstore who also preferred to keep their identity anonymous said they feel safe going to work because the show’s leadership “has been good at implementing protocols and maintaining them” throughout their time filming. Those have included keeping staffers in different zones depending on their roles and testing regularly, wearing masks, and keeping a distance. They added that while there have been positive COVID cases on set, they’ve been contained because of the zoning.

“It’s sad that our numbers are going up in LA, but I don’t think we’re really contributing to it because of all the protocols we have in place,” the Superstore crew member said, adding that people who work in the entertainment industry in general are essential to LA’s economy.

“All of us know we are not healthcare workers, but I do think that especially during this time, when people are spending more time at home, they need an escape, they need entertainment, and we provide that. We provide new content for people to enjoy safely at home, which is important, it’s important for mental health, and because we’re doing it safely, I think it’s OK,” the crew member said. “The entertainment industry is a huge economic source not only for California, but also for the country. We export so many movies and TV shows, and it’s a huge revenue for the state and the country, and of course in LA. I think it is important and I think we’re doing it safely in a way that’s viable.”

The hard part, though, according to the Superstore staffer, is reinforcing the rules and protocols in place, because “people get too comfortable and have to be reminded.”

Another crew member who works for an NBC TV show and asked to keep their identity and workplace anonymous, fearing retribution, told BuzzFeed News they’re also concerned about how sustainable all of the new protocols are.

“It’s a whole added layer of something to worry about,” the crew member said. “The extra precautions are for everyone’s safety, but it does make things complicated. It creates extra work for everybody and there’s extra stress all around.”

It’s unclear how the spike in COVID-19 cases will impact television productions after the Christmas holiday. Crew members are still planning on heading back to work in the new year, despite being afraid of the possible health consequences, because they have bills to pay. The Let’s Make a Deal crew member said other people might have the luxury of staying inside and enjoying the benefits of the entertainment industry from the safety of their homes, but there hasn’t been much thought given to the people risking their lives to create that content.

“If you’re sitting at home watching HBO or Netflix or whatever, there are people risking their lives and making that content for you,” the Let’s Make a Deal staffer said. “And the appreciation for those people, I haven’t seen it yet.”