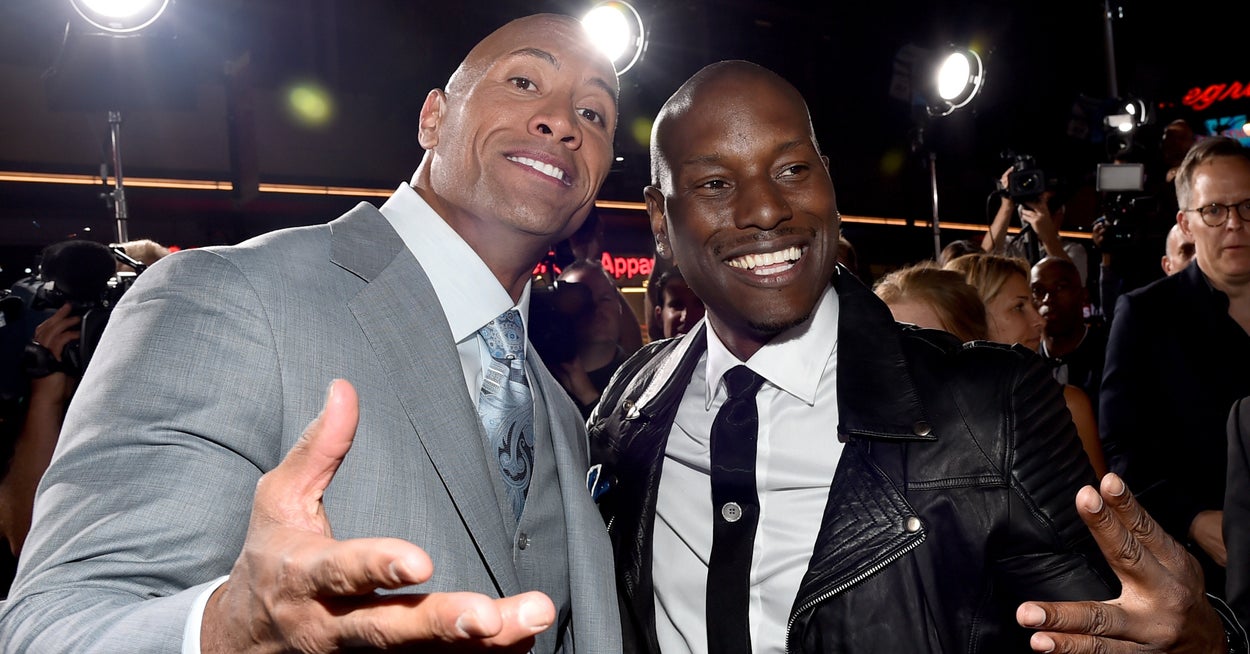 It’s a new day. Tyrese Gibson and Dwayne “The Rock” Johnson are friends again after a years-long feud.

When Tyrese appeared on Stir Crazy With Josh Horowitz he explained how they mended their friendship.

“Me and ‘The Rock’ peaced up, by the way,” he said. “We talked for like four hours about three weeks ago.”

“It was great,” Tyrese added.

If you’re wondering how the two fell out, it goes back to 2017. Back then, The Rock wanted to make a spinoff movie from the Fast & Furious franchise that was based on his character.

Although some people thought it was a good idea, Tyrese wasn’t down for it.

He eventually took to Instagram to express how he felt and, in one post, he threatened to sit out of F9 if The Rock was still a part of it.

He also called The Rock a “clown.”

If anything, that was the moment that broke their friendship.

After that, The Rock went forth with the Hobbs & Shaw movie that was released in 2019 and he decided to sit out of the F9 movie that came out next.

But Tyrese sees things differently now. “What’s interesting about the Fast and Furious is it’s not about any of us individually,” he explained. “We’re like the UN at this point. Everyone gets to go to the theater and say, ‘He and she looks like me.’”

Thankfully, now the two are friends again and, hopefully, we can expect The Rock and Tyrese to share the big screen again for F10.