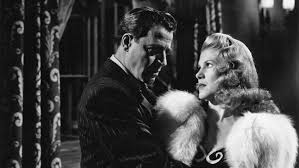 Those who are lovers of Literature will tell you that James Hardly Chase is not a new figure in the world of literature. His many touching books have got him on the favorite list of most readers. No Orchids For Miss Blandish is another of his many mindblowing works. see a passage from chapter one below..
Slim pointed to convenient trees.
“Tie them there,” he said.
While Flynn covered Bailey, Woppy fastened Riley to the tree with the cord Doc tossed to him. Riley made
no effort to save himself. He stood against the tree, shuddering, helpless in his terror. Woppy turned to Bailey.
“Get up against that tree,” he said savagely.
Bailey walked deliberately to the tree and set his back against it. As Woppy came up, he kicked like a snake
striking. His shoe sank into Woppy’s groin, and then Bailey was behind the tree, the slim trunk between him
and Flynn’s gun.
Slim became violently excited.
“Don’t shoot!” he screamed out. “I want him alive!”
Woppy writhed on the grass, trying to get his breath back. No one bothered about him. Doc stepped behind
some bushes. His face was white and he looked sick. He was going to keep out of it.
Flynn slowly began to edge towards the tree while Slim stood motionless, the thin-bladed knife glittering in
his hand.
Bailey looked around for a way of escape. Behind him the shrubs were thick; in front of him, Flynn
approached cautiously; on his left, Slim stood with his knife. It was to his right that he must make his bid for
freedom. He made a sudden dive, but Flynn was closer than he realised. He aimed a blow at Flynn who
ducked. Bailey’s fist went over Flynn’s head and he floundered. Flynn closed with him.
For a minute they strained. Then Bailey who was the more powerful man, broke away. He slammed Flynn on
the jaw and Flynn went down and out.
Bailey sprang away.
Slim hadn’t moved. He stood there, his thin body drooping, his loose mouth half open and the knife hanging
limply in his fingers. Woppy was still out. Bailey suddenly changed his ideas. There was only Slim. Doc
didn’t count. If he could knock Slim out, then he and Riley could surprise Eddie. It was worth the risk. He
moved towards Slim who waited with yellow, gleaming eyes.
Then Bailey suddenly saw Slim grin. The idiot mask slipped and the killer was there. Bailey knew he was but
a few heart beats from death. He had never felt so frightened. He stood still, like a hypnotized rabbit.
The knife flashed through the air and sped at him. He took the blade in his throat.
Slim stood over him while he died, watching and feeling the same odd ecstasy run through him which a
killing always gave him..
click here to download