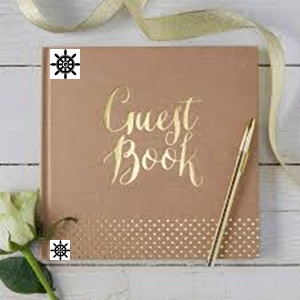 Sandra Erwin from New York City wrote on April 14, 2019 at 11:03 am
I lost my Storage of my best music library sometime ago. Was very lucky to stumble on this site, cuz i got almost all my favorite music back. I feel very happy to have visited this site. Is there no way to donate?
Admin Reply by: CAESAR
Thanks for your feedback. We are happy to have been of use to you. We currently do not have a donation option on the site, but we'll keep it in mind.

TimothyEvida from TimothyEvida wrote on March 26, 2018 at 8:52 pm
You made some first rate points there. I regarded on the internet for the difficulty and located most people will go together with along with your website.
Admin Reply by: CAESAR
Thank you for your Review!

Marioswowl from Marioswowl wrote on March 21, 2018 at 9:21 pm
Hellow this site is 5 Stars! i really love every second on here. anyways I like pizza! 🙂 http://roll.lg.ua/
Admin Reply by: CAESAR
thank you. we appreciate that you enjoyed our site 🙂 someday we shall see about coffee lol

JosephBeild from JosephBeild wrote on March 8, 2018 at 6:59 pm
I love this site. wanna share a little info if you guys don't mind 🙂 Jupiter's tempestuous, gassy atmosphere stretches some 3,000 kilometres (1,860 miles) deep and comprises a hundredth of the planet's mass, studies based on observations by NASA's Juno spacecraft revealed Wednesday. The measurements shed the first light on what goes on beneath the surface of the largest planet in the Solar System, which from a distance resembles a colourful, striped glass marble. "Galileo viewed the stripes on Jupiter more than 400 years ago. Until now, we only had a superficial understanding of them," said Yohai Kaspi from the Weizmann Institute of Science in Israel, an author of one of four studies published in Nature. Up to a depth of about 3,000 km, Juno's data showed, Jupiter comprises a psychedelic swirl of cloud bands and jet streams blown by powerful winds, in opposite directions and at different speeds. But underneath, the planet's liquid core of hydrogen and helium rotates uniformly, behaving almost like a solid body, researchers found. "The result is a surprise because this indicates that the atmosphere of Jupiter is massive and extends much deeper than we previously expected," Kaspi told AFP. Earth's atmosphere, by comparison, holds less than a millionth of the planet's total mass. "It's an almost 50-year puzzle in planetary science that is solved," said another study author, Tristan Guillot from the Universite Cote d'Azur in France. - Understanding our past - "We didn't know whether a gaseous planet like Jupiter rotates with zones and belts all the way to the centre, or whether on the contrary the atmospheric patterns are skin-deep." The findings were the result of unparallelled measurements of Jupiter's gravity field by Juno, in orbit around the closest gas giant to Earth since July 2016. Other observations included a rash of massive cyclones at the planet's poles, the likes of which have not been observed on any other Solar System planet. It is not known how the cyclones are formed, or how they persist without merging into one. "The first and most important question that Juno aims to answer is how our Solar System was formed and consequently (to) understand more about its evolution," another study author, Alberto Adriani from Italy's National Institute for Astrophysics, told AFP. "Any piece of knowledge we can add in understanding Jupiter, which is very probably the first planet formed (around the Sun), is a step towards that direction." VIEW ON OUR SITE ([url=http://www.zxprinter.com/catalog-printing]catalog printing[/url] [url=http://www.zxprinter.com]printing in China[/url]).
Admin Reply by: CAESAR
Thank you for sharing this. we shall publish this for you if you approve

Vincent Okaro from Awka wrote on January 8, 2018 at 3:08 am
I like the design of this site. They take their time to find rare stuff. Kudos!

Cornelia from New York City wrote on January 6, 2018 at 2:48 am
i don't care what other visitors may think, but i certainly enjoy this site!