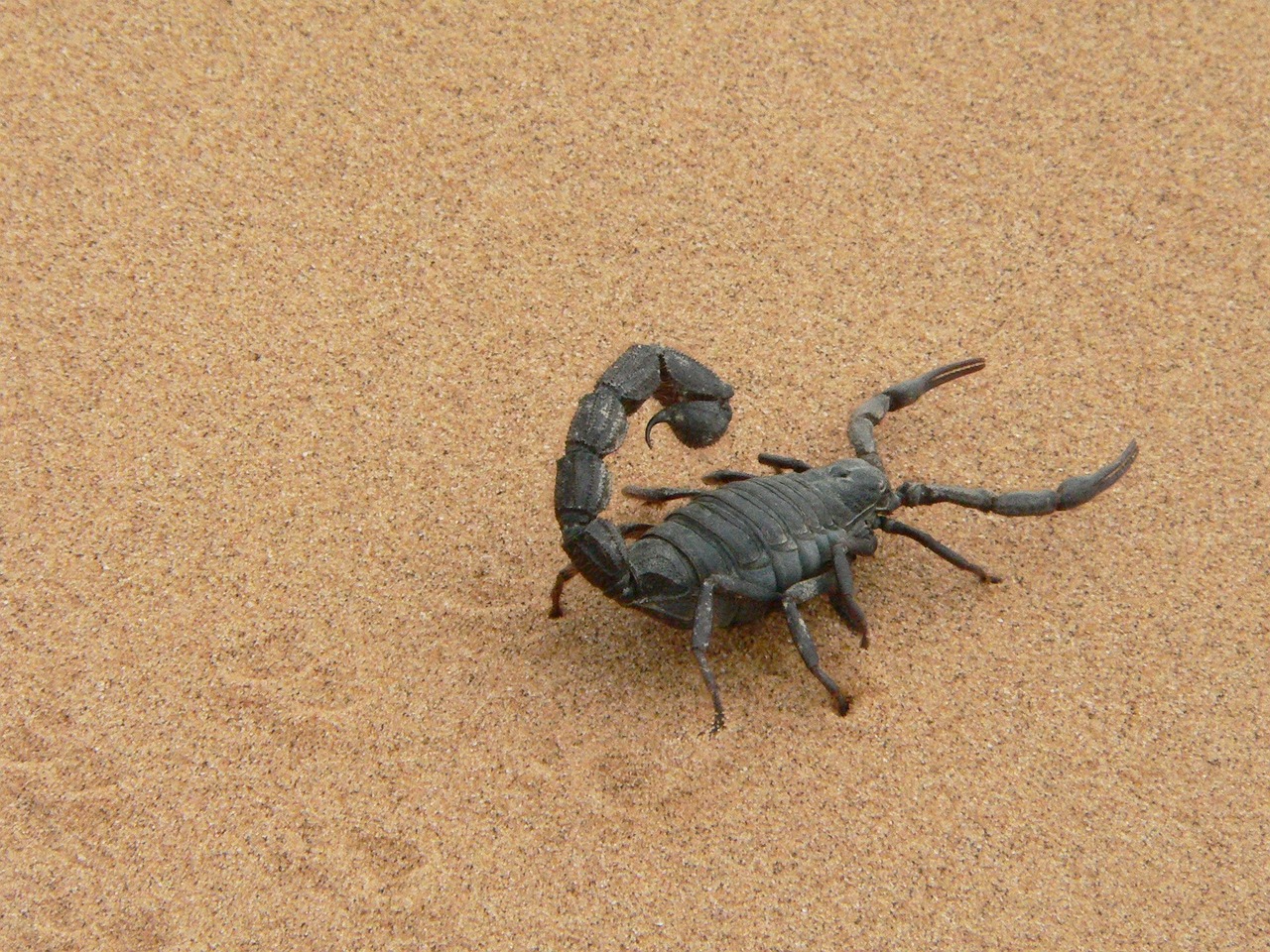 published by the GLOBAL JOURNAL OF APPLIED, MANAGEMENT AND SOCIAL SCIENCES (GOJAMMS)

Biodiversity conservation in this region is hindered by the lack of sufficient orientation on the need to have
an ecosystem impact assessment plan, and the realization that each component of the ecosystem (including
the scorpions) have a function in the overall functioning of the ecosystem. Scorpions are distributed
worldwide except in Antarctica, the boreal areas and some oceanic islands (Prendini, 2005). In general,
scorpion species distributions depend on a range of climatic and environmental variables such as
temperatures, rainfall, elevation, slope aspect, soil properties, vegetation type and land cover (Polis, 1990;
Prendini, 2005). Their natural habitat is in the northern hemisphere to the geographical latitude of 52 degree
and in the south to the geographical latitude of 50 degree. Although they are not as morphologically diverse
as spiders and mites, the order comprises nearly 2,231 species in 208 genera and 20 families [Predini, 2011],
Protection of local biodiversity is further threatened by the scarcity on ecological data on native species,
particularly invertebrates, so the actual richness of terrestrial arthropod species is likely to be underestimated.
Also, observations on the ecology and geographical distribution of cryptic species, such as scorpions,
frequently lack empirical support. Considering that the composition of arachnid assemblages can be
influenced by the degree of human activity and also by the size of forest fragments (Miyashita et al. 1998,
Shochat et al. 2004).
The possession of the feared sting has also deeply robbed the scorpions of their “deserved recognition” in
most arthropod researches and projects. And funny enough the scorpions have refused to vanish. It is sad
that very little is mentioned of them as other arthropods, especially in Nigeria. Many other countries like US
have gone far to recognize possibilities that these scorpions may have positive medical importance, as have
been reported in the development of the tumor paint, and development of anti-cancer drugs. (The MICAD
Research Team, 2004). Realization of opportunities in the study of scorpions will help to raise awareness
and further accord recognition to the feared arthropod. This study of diversity will spark off more studies on
their biology and economic importance.
AUTHORS
J. J. Okeke, I. C. Ozoemena, R. U. Ayadiuno
click here to download

One thought on “Diversity of Scorpions in Ogidi pdf (journal)”

Sponsored Ads (Add yours by clicking above banner)