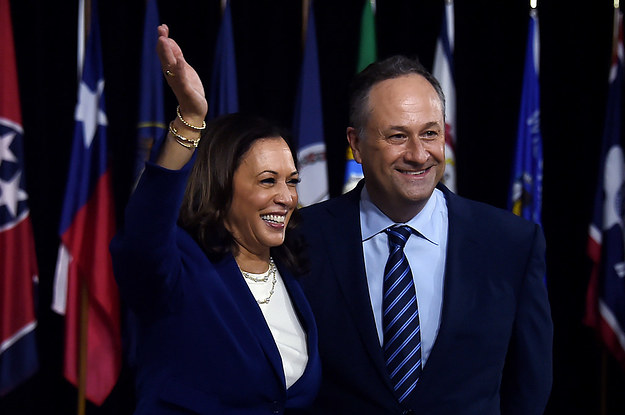 Harris’ husband Doug Emhoff will also be assuming the role of Second Gentleman, and the couple opened up about how they met during an interview for CBS Sunday Morning.

While discussing how they first met on a blind date — which Harris also mentioned on Instagram last week — the Vice President-Elect revealed that, despite her friend’s insistence, she Googled Emhoff before going on the date.

Even Emhoff was surprised, calling Harris’ anecdote “A reveal.”

Emhoff also revealed that he had to work up courage to text Harris while having drinks with a friend at a Lakers game, eventually calling her the next morning: “I left this ridiculous voicemail, which she has saved and plays back to me on our anniversary every year.”

“it was adorable,” Harris exclaimed while talking about the voicemail. “The thing about Doug is that he is exactly who he is. He’s just fully authentic and clear about the things he cares about—and it’s family, it’s his work…”

To which Emhoff replied, “You.” Aww.