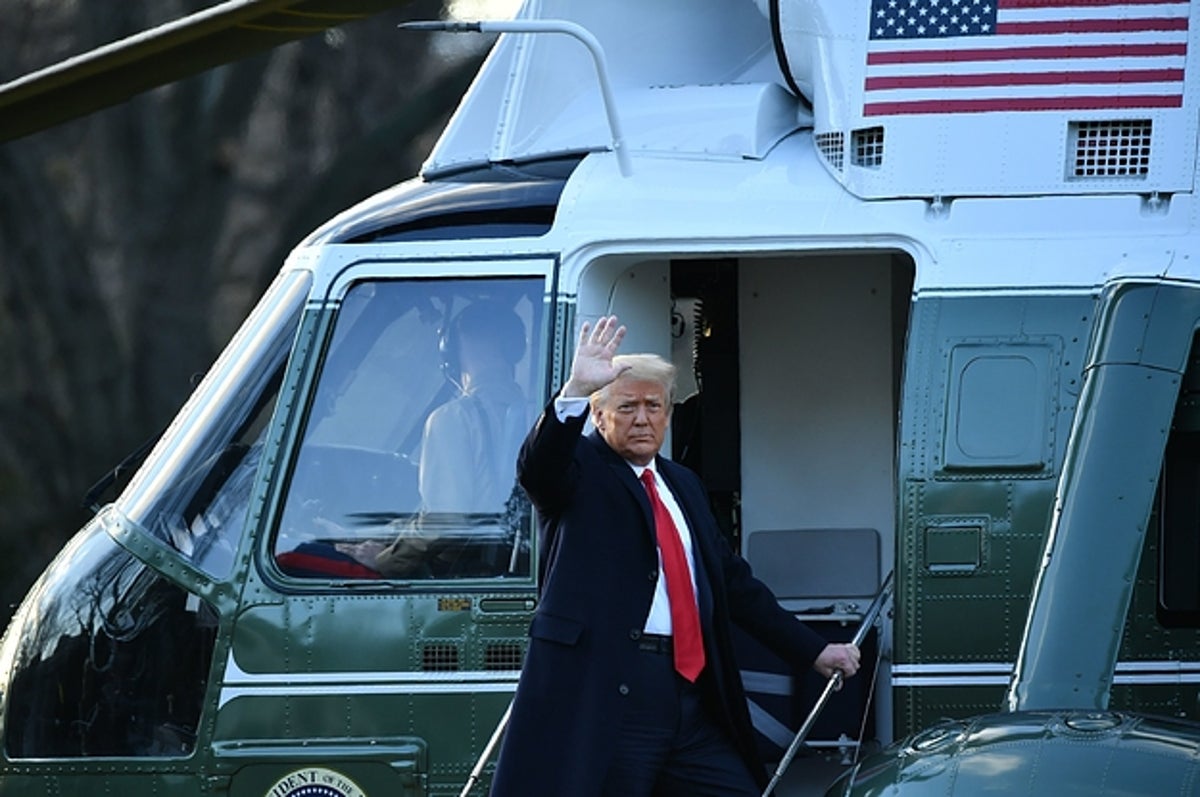 Donald Trump has left the White House for the last time as president.

Trump and First Lady Melania Trump departed the White House on Wednesday morning, exactly a week after he became the first American president to be impeached twice, charged with inciting a deadly insurrection at the US Capitol.

The Trumps will fly on Air Force One to his Mar-a-Lago resort in Palm Beach, Florida, and are set to arrive there before Joe Biden is inaugurated as the 46th president of the United States.

Trump, who has for months refused to accept the reality of his loss and has not congratulated Biden on his victory, will be the first president in 150 years to skip his successor’s inauguration.

Breaking with tradition, he and Melania Trump will not be at the White House to welcome Biden and incoming First Lady Jill Biden.

Trump, who also did not given a primetime live farewell address like his predecessors, will first fly to a farewell ceremony at Joint Base Andrews before he departs for Florida.

As he was leaving the White House, Trump made a few brief remarks to reporters, saying it was “an honor of a lifetime” and that he wanted to say thank you. He then took one last circle around Washington, DC on Marine Force One.

Trump spent his last night at the White House issuing a slew of pardons, including one for his former advisor and far-right populist Steve Bannon who was facing federal fraud charges.

Trump will be leaving behind a heavily militarized Washington, DC that was fortified to prevent his supporters from repeating the bloodshed and violence that occurred at the Capitol on Jan. 6.

Bitter and disgraced in his final week as president, Trump lost some of his most loyal allies after he incited the Capitol riot and was since silenced on Twitter, his favorite medium to communicate. He had not left the White House in days before his final departure.

Trump now leaves office with more than 400,000 Americans dead from the coronavirus pandemic which his administration mismanaged with devastating consequences.

Trump’s schedule in the last few days was, in his own words, to “work from early in the morning until late in the evening” and to “make many calls and have many meetings.”