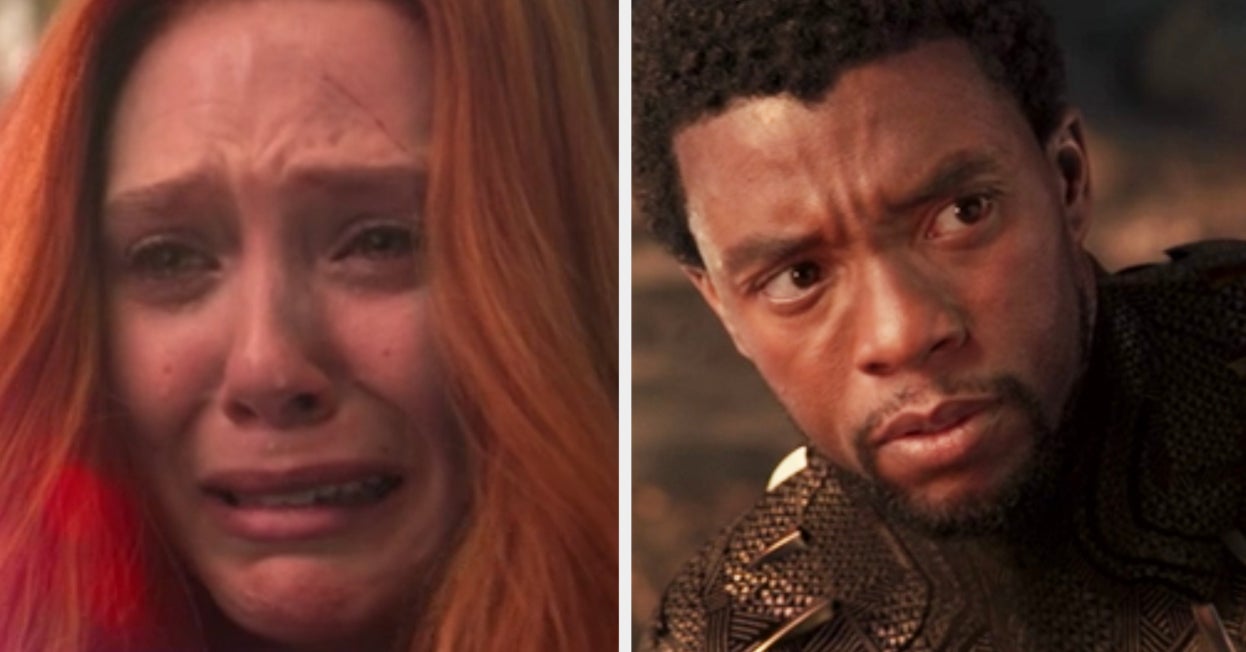 There are a ton of amazing movie performances out there, but one thing I always think about is how certain genres get excluded from major award shows.

Namely, the Marvel Cinematic Universe has gifted us with some AMAZING performances, but they don’t get nearly enough credit.

So, if you were able to give an award to an MCU movie moment that was incredibly performed, which one would you give it to?

Maybe you’re like me and would throw every award at Elizabeth Olsen for the scene when Wanda has to destroy the Mind Stone in Avengers: Infinity War.

Perhaps you think it’s an absolute crime that Chadwick Boseman and Michael B. Jordan didn’t at least get nominated for the moment when T’Challa and Killmonger say goodbye to each other after their fight in Black Panther.

Maybe you can’t stop thinking about how amazing Zoe Saldana was in Infinity War when Gamora tried to sacrifice herself before Thanos did.

Heck, perhaps you think Robert Downey Jr. deserved an award for his final “I am Iron Man” moment in Avengers: Endgame because it was the perfect culmination of all of his work in the Marvel Cinematic Universe.

So tell us which MCU moment was so brilliantly performed that it deserved an award and WHY in the comments below, and you could be featured in a BuzzFeed Community post or video!