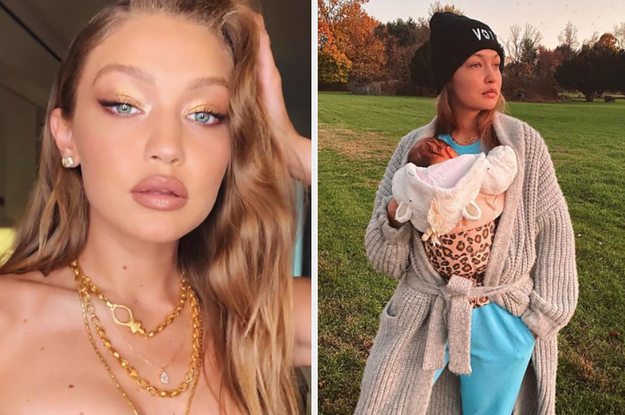 Gigi Hadid has shared the first proper glimpse of her newborn daughter in a series of adorable photos posted to Instagram.

The model, who gave birth to her first child with boyfriend Zayn Malik in September, kept her pregnancy extremely private and has only shared two photos of her daughter since.

The first was this image of her baby’s tiny hand which Gigi posted to announce her birth.

And the second was this snap of her daughter being winded after a feed, which Gigi captioned: “She burps sunshine.”

However, Gigi has now posted two new photos in which her baby is much more visible.

“A whole new kind of busy & tired 😅❤️” Gigi captioned the series of images. “But she’s da bestie so she got Christmas decorations early.”

And Gigi went on to show her followers the Christmas decorations she’d put up in honour of her daughter — including a cute “Santa please stop here” sign.

The images went down extremely well with Gigi’s followers, with everyone from Dua Lipa to Kourtney Kardashian leaving comments.

But by far the cutest was the one left by her dad, Mohamed Hadid, who wrote: “Need to be close to her. Love you and her so much.”