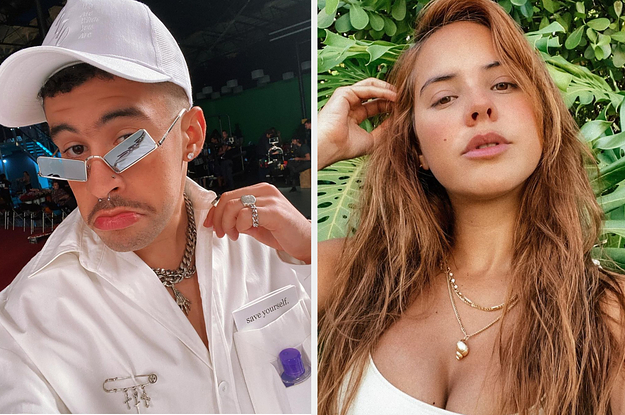 Bad Bunny loves his girlfriend, Gabriela Berlingeri, but the two haven’t taken their relationship to the next level yet — despite some recent speculation that they’ve tied the knot.

The musician gave a recent update on his relationship status when he spoke with Entertainment Tonight, saying, “No, I’m not that married.”

He went into further detail, adding, “I think that weddings and get[ting] married scare me. A lot.”

Although marriage isn’t on his mind right now, Bad Bunny does love Gabriela with all his heart.

Fans have been speculating that the “Yo Perreo Sola” artist might be married since he’s been wearing what looked like a wedding band on his finger over the last couple of months.

Adding fuel to that rumor, Gabriela shared a photo of herself sporting a diamond ring on her left hand in August.

Whatever their future plans are, they’re lucky to have found each other!