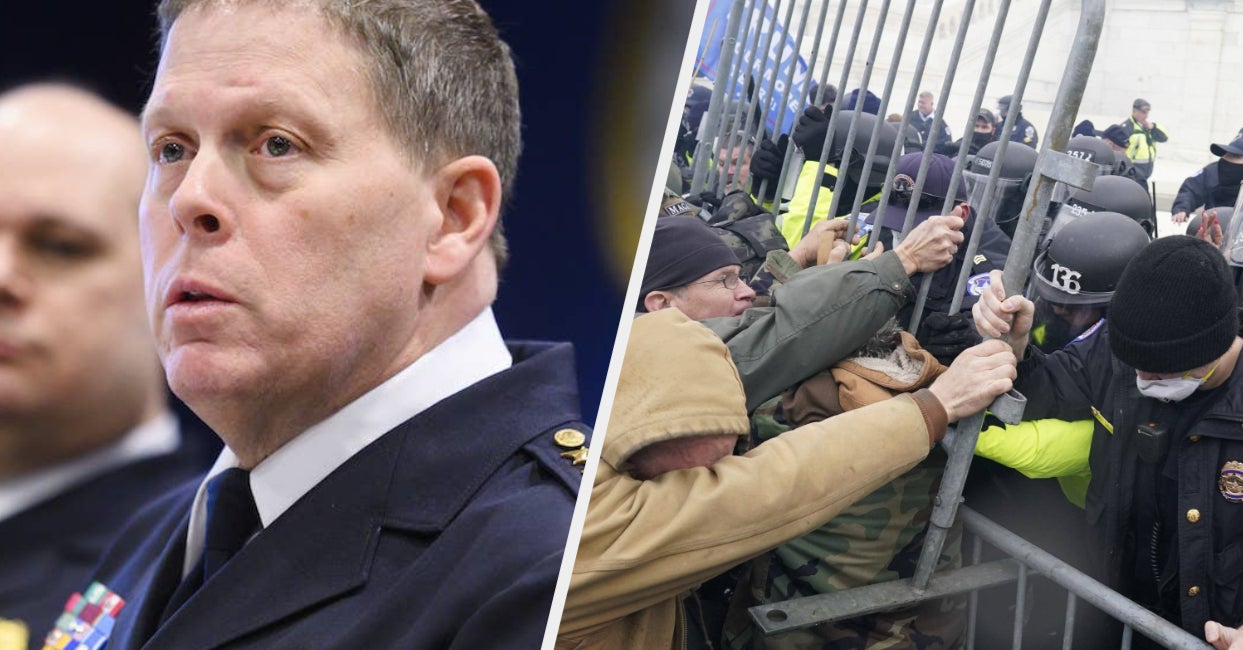 
The chief of the US Capitol Police resigned Thursday following an attempted coup by a violent mob of Trump supporters that left officers overpowered, four people dead, and prompted sharp criticism of the preparedness of the department charged with ensuring the safety of the nation’s highest legislative body.

House Speaker Nancy Pelosi called the response by the department “a failure of leadership,” and the top DOJ prosecutor in DC said the actions by Capitol Police made the task of bringing members of the mob to justice more difficult. The police officers’ union attributed the Capitol’s breach to a lack of planning by leaders, describing Wednesday’s chaotic events as both sickening and avoidable.

Late on Thursday, Chief Steven A. Sund resigned from his post, multiple news outlets reported. In a short letter obtained by Politico, Sund said his resignation would be effective Jan. 16.

Earlier in the day, Sund had described the attack on the Capitol as unlike anything he’d seen in his 30-year career.

Videos and photos from the scene showed officers beaten, hit with barricades, and gassed as Trump supporters pushed through police lines, ultimately breaking windows and forcing open doors to enter the Capitol building. The apparent lack of preparation and law enforcement resources left former officers and other experts confused, particularly since Trump supporters had for weeks discussed online, in the open, plans to storm the Capitol, target lawmakers, and resort to violence if Congress moved forward to certify President-elect Joe Biden’s presidential win over Trump.

One former member of the Capitol Police told BuzzFeed News there was no reason for officers not to be prepared for Wednesday’s crowds.

“They plan for big events like the inauguration, so that’s not the problem. They’re not going to ever have events like that without knowledge of them beforehand,” the retired member said. “It was almost like they intentionally didn’t have enough people.”

Members of the House and Senate have since called for an investigation into the handling of the attempted coup by Capitol Police and other agencies. In addition to Pelosi, the head of the Capitol police officers’ union, the US Capitol Police Labor Committee, also called for Sund’s resignation, claiming officers lacked equipment and reinforcements, PBS reported.

Labor Committee chair Gus Papathanasiou praised officers for keeping members of Congress safe, but denounced department leaders’ lack of planning and coordination with other law enforcement agencies. He added the department has experience responding to large protests and described Wednesday’s storming of the Capitol as avoidable.

“We have several protesters dead, multiple officers injured and the symbol of our Democracy, the U.S. Capitol, desecrated,” he said in a statement. “This never should have happened.”

The actions of Capitol Police officers on the ground also came under fire on Thursday. In a call with reporters, acting US Attorney for the District of Columbia Michael Sherwin particularly criticized the decision of officers not to detain at the scene people who stormed the Capitol building.

Video showed members of the police force standing by as rioters simply walked out of the Capitol building after illegally entering it.

“That’s a concern, and that’s made our job difficult,” Sherwin said. “Hundreds egressed and were not zip-tied by Capitol Police.”

The failure to make more arrests at the scene has now forced prosecutors to review hours upon hours of video from the incident, social media, and other means to identify the suspects and then charge them, Sherwin added.

“That’s made it challenging, but I can’t answer why or why not those people were not zip-tied when they were leaving the building,” he said.

Sherwin also said the DOJ, FBI, and DC’s Metropolitan Police had been in discussions for weeks in preparation for the protests and various groups that officials feared could spark violence at the nation’s capitol.

Those discussions did include Capitol Police at one point, he said, but he stopped short of defending the department’s response.

“We have anticipated this for weeks and we had sufficient federal resources to address the situation, but I cannot speak on behalf of my colleagues with the Capitol Police and what they did when the Capitol was breached,” he said.

While no one anticipated the breach of the Capitol, Sherwin said Washington’s Metropolitan Police and federal authorities kept the peace at “choke points” and other areas outside for hours.

“There wasn’t violence in the crowd, and obviously the tipping point happened with the breach of the Capitol,” he said. “I don’t know how many Capitol Police members were there.”

Angelo Cimini, a longtime former Capitol Police officer who also worked as a training instructor for the department, described his reaction to videos of the mob confronting officers: “When you’re faced with overwhelming numbers you just have to do the best you can.

Capitol Police had never faced anything like the events from Wednesday, Cimini added.

“I guess we’ve been lucky,” he said. “All these years and protests that have happened every year, they’ve all been peaceful and nothing like this has ever happened. Until you’re tested you’re not sure how you’re going to react.”