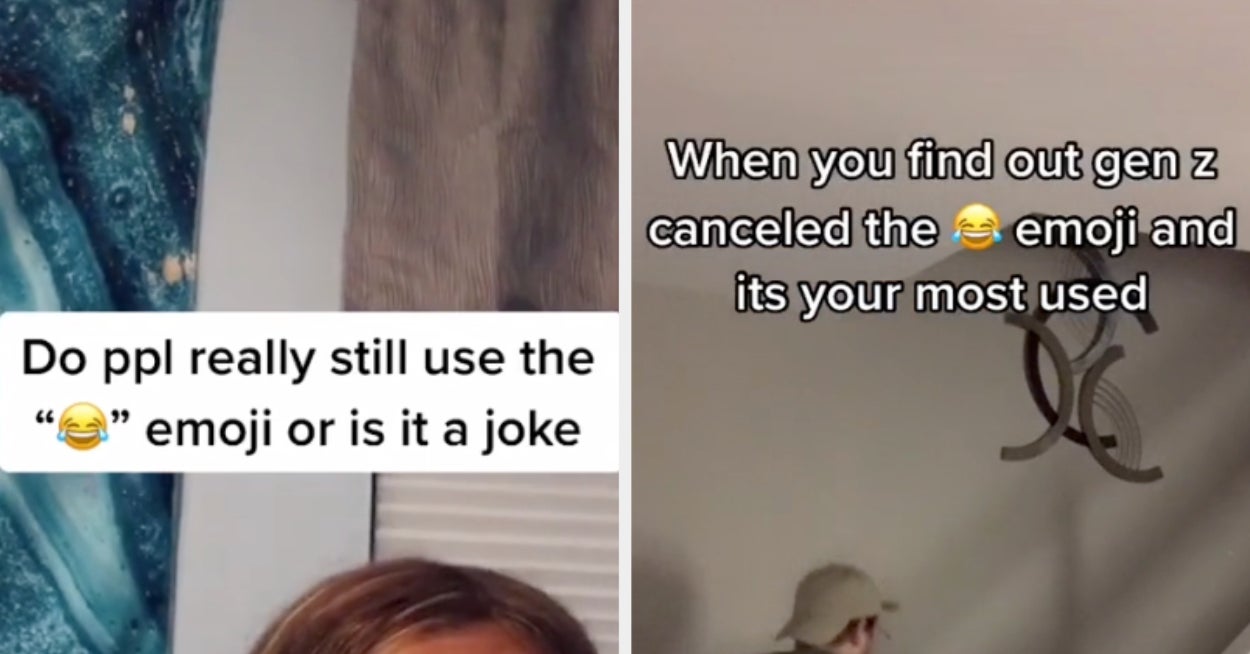 If you’ve been keeping up at all with the Millennial/Gen Z discourse, you know that Gen Z’ers have proclaimed that lots of things Millennials do are lame, including wearing skinny jeans and our precious side parts.

Yep, the good ol’ laughing-crying emoji we’ve used in many group chats over the years to react to something funny has now officially been deemed old and lame by the youths of Gen Z.

They’re even blocking TikTok comments with the emoji so they’ll never lay eyes on it again!

I guess, according to my research — aka me scrolling for hours on TikTok/the internet — we’re supposed to use the skull emoji instead now???

Some millennials, like @charliemcclendon_ are taking it pretty hard.

It’s been a pretty devastating shock.

@bruhbruhski pointed out that we’ll now have to try and navigate which emoji to use in order to seem ~cool~ based on who we’re texting!

Meanwhile, @trav.the.voice stepped up to defend the 😂 emoji.

@kateluckinbillconner let the Gen Z’ers know that she’s not about to just give up on an emoji that’s gotten her through so much.

And @janeration72 pointed out that we don’t use the emoji because we think life is THAT funny — it’s actually because we’re laughing through the pain.

In the end, we should probably consider the true victim in all of this: the 😂 emoji itself.

Me after I buy a pair of mom jeans, start parting my hair down the middle and adopt the 💀 emoji in all my group chats: