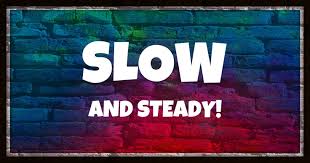 I REMEMBER THOSE DAYS AS A KID,I SO MUCH LOVED STORIES! there are so many folklores about the tortoise,always as a deceiver and a conspirator.but the story below is one of the stories for which i respect the folklore legend.
A Hare was making fun of the Tortoise one day for being so slow.

“Do you ever get anywhere?” he asked with a mocking laugh.

“Yes,” replied the Tortoise, “and I get there sooner than you think. I’ll run you a race and prove it.”

The Hare was much amused at the idea of running a race with the Tortoise, but for the fun of the thing he agreed. So the Fox, who had consented to act as judge, marked the distance and started the runners off.

The Hare was soon far out of sight, and to make the Tortoise feel very deeply how ridiculous it was for him to try a race with a Hare, he lay down beside the course to take a nap until the Tortoise should catch up.

The Tortoise meanwhile kept going slowly but steadily, and, after a time, passed the place where the Hare was sleeping. But the Hare slept on very peacefully; and when at last he did wake up, the Tortoise was near the goal. The Hare now ran his swiftest, but he could not overtake the Tortoise in time.

The race is not always to the swift.” While “slow and steady wins the race” is an encouragement to the tortoises among us, “the race is not always to the swift” serves more as an admonition to the hares!
The journey of this life is a very long one .many people get so much in a hurry to get there that they end up nowhere.many otheres on the other hand may seem too slow but may end up where their destinies point.you see many people doing many desperate things including killing,just to get money,wealth and power.but then this world belongs to no one,one day we must all seek our roads. vanity of vanities ,all is vanity! those that doggedly follow the pace of nature reach their destination.
The full quote “Slow and steady wins the race” – Actually goes “Slow and steady wins the race, till truth and talent takes its place.”
You can chase a butterfly all over the field and never catch it. But if you sit quietly in the grass it will come and sit on your shoulder – ANON