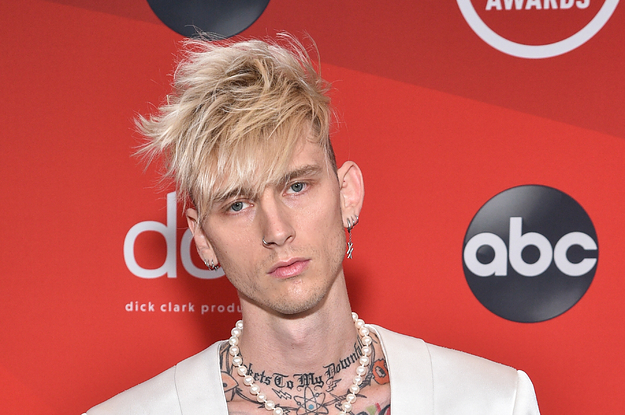 Machine Gun Kelly had a banner year in 2020, from his whirlwind relationship with Megan Fox to his new album Tickets to My Downfall, which might be his best yet.

MGK’s been open about how his relationship with Fox changed his life, and while talking to Dave Franco for Interview he opened up about his past drug use and recently starting therapy.

“I watched myself believe that drugs were how you attained a level, or unlocked something in your brain, and I’ve seen the pros and cons of it,” he told Franco after being asked about what role drugs and alcohol play in his creative process.

While detailing his Adderall usage, he admitted, “…I went from orally taking it to then snorting it, and then it became something where I was scared to ever go into a studio if I didn’t have something.”

“I wouldn’t even step out unless there was a medicine man who was going to visit me and give me what I needed. And that’s where it becomes a problem. You’re telling yourself you can’t do this without that, when really it’s in you the whole time.”

MGK also talked about attending his first therapy session the week before: “That’s the first time I ever went, ‘Hey, I need to separate these two people,’ which is Machine Gun Kelly and Colson Baker. The dichotomy is too intense for me.”

“I’m early in the process,” he ruminated. “The tools that I’ve been given to start with seem helpful…I’m still kind of ripping my hair out. Why am I not changing overnight? How am I supposed to meditate for 10 minutes when I can’t even sit in my own brain for two minutes without distracting myself by doing something? That’s really hard.”

Therapy can be hard, it’s true — but MGK has already seen the positive effects that it’s had on him and those around him, too. “The willingness to finally be happy with my own self has invited a much more vibrant energy around [the people around me] than before.”

Even though it sounds like he’s struggled in the past, it’s great to see someone like MGK preaching self-love and acceptance — and it’s a message that’s good for all of us to keep in mind, too.