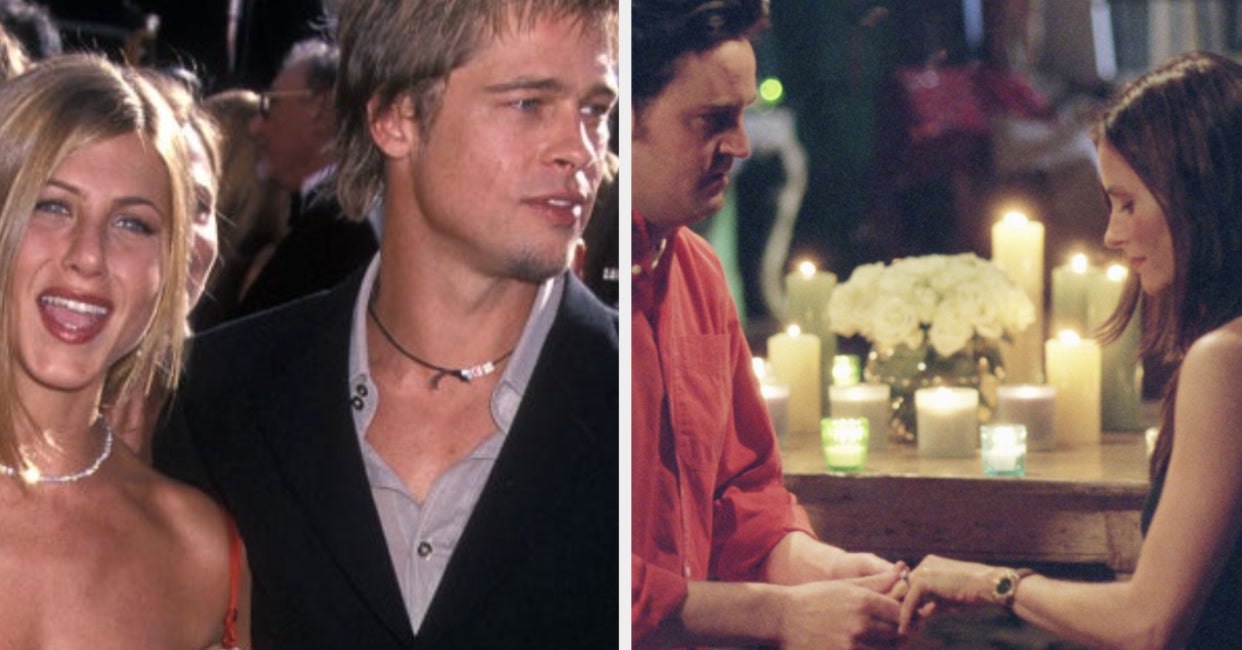 Britney Spears released her hit single “Oops!… I Did It Again” and made all of us want to start wearing red latex bodysuits.

Brad and Jen tied the knot in a lavish private wedding in Malibu, which I’m still lowkey kind of upset I didn’t get an invite for.

N’SYNC released THE banger of all break-up bangers “Bye, Bye, Bye”, which is a staple on playlists to this day.

Maude Flanders was literally killed off in the fourteenth episode of the eleventh season of The Simpsons.

Angelina Jolie made pop culture history when she kissed her older brother, James Haven, on the lips at the 2000 Golden Globes.

X-MEN was released and ushered in a new wave of superhero movies for the next Millenium.

After six years of being together and three albums, the Spice Girls released their last official album to date.

Monica and Chandler finally got engaged in the season six finale of Friends.

The Sims came out and put a brand new spin on the idea of home renovation.

S Club 7 released “Never Had a Dream Come True” and had all of us wishing we were in a winter wonderland wearing faux-fur coats.

JLo wore that iconic Versace dress at the 42nd Annual Grammys and pretty much INVENTED Google Images because of it.

Charlie’s Angels came out and Destiny’s Child released the the feminist anthem of the century as part of the soundtrack.

The Sony PlayStation 2 was released and became the best-selling video game console of all time. I still have mine to this day!

Big Brother aired for the first time in the UK, going on to give us shocking personalities like Nasty Nick, who was asked to leave the show after manipulating the other contestants. The show’s release changed the face of reality TV forever!

The Nokia 3310 was released on September 1st, 2000 and was basically their equivalent to the modern day iPhone.

Bob the Builder’s theme song “Can We Fix It?” became the UK’s Christmas number one on the charts, beating out Westlife.

Sonia gave birth in a shocking Eastenders storyline aged just 15, after having NO idea she was pregnant, and thinking she was just overeating.

The Weakest Link aired its first episode on our screens, which I’m pretty sure we all thought we could win at some point in our lives.

Eminem and Dido released their duet, which would eventually go on to literally invent fandom Twitter’s usage of the term “stan” online.

What are some things that turned 20 in the year 2020 that made you feel old? Let us know in the comments!