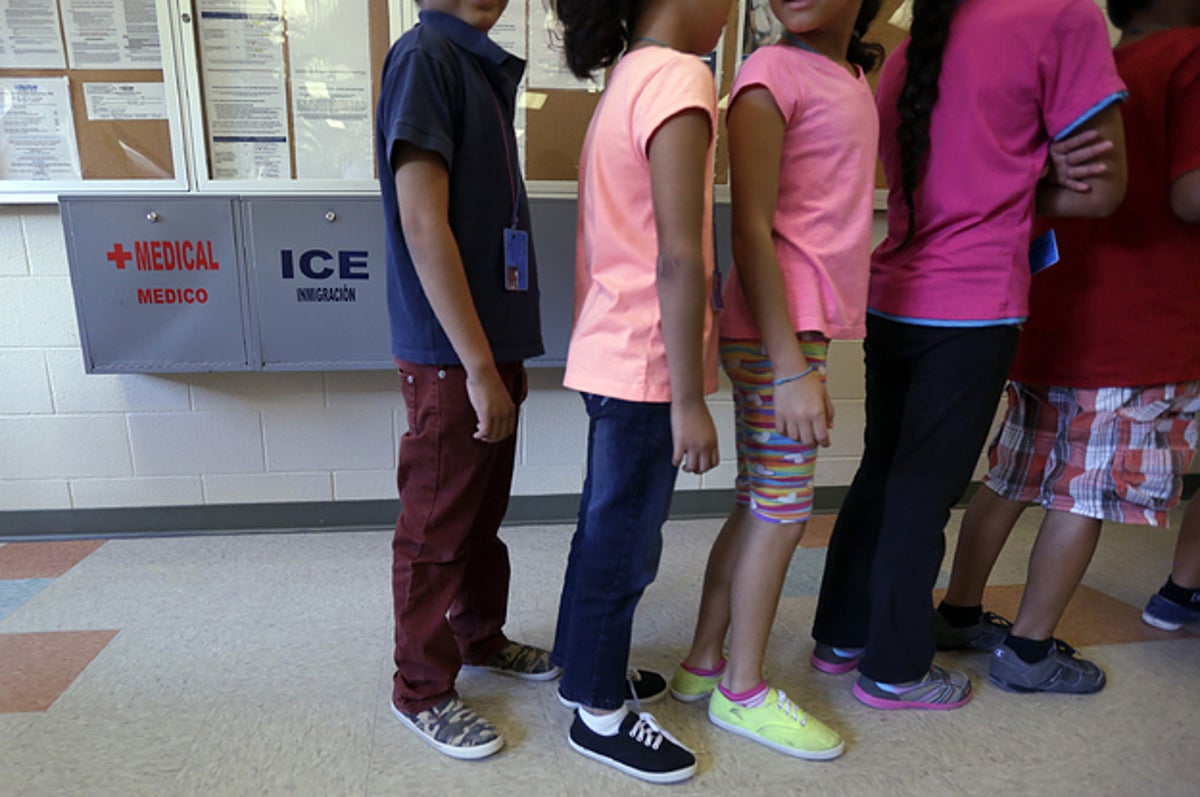 
US government officials admitted in federal court Tuesday that they violated a judge’s order when 32 unaccompanied immigrant children were expelled back to Guatemala, adding that they will begin the process of getting the group back to apply for asylum.

The offer to return the group to the US is a dramatic turn in a monthslong saga over the Nov. 18 flight to Guatemala, which occurred shortly after US Judge Emmet Sullivan blocked the Trump administration from turning back unaccompanied children under the argument that it would protect against further spread of COVID-19. Roughly 10 minutes later, at 10:12 a.m. ET, ICE officials deported the children anyway.

BuzzFeed News first reported on the flight and later revealed a secret ICE email that showed how government attorneys had urged officials to bring the children back immediately to comply with the court order.

“Defendants acknowledge that the expulsion flight was in contravention of the Court’s injunction … DHS is committed to remedy the situation and will take immediate steps to begin to facilitate the return of all 32 unaccompanied minors discussed herein, including covering the cost of their flight to the United States, upon confirmation that they would like to return to the United States to be processed,” attorneys wrote in their filing Tuesday.

Jeffrey Lynch, a deputy assistant director at ICE, told the court in December that ICE personnel on the ground handed the children over to Guatemalan officials within 15 minutes of landing during a period when they did not know about Sullivan’s order. Lynch added that ICE officials weren’t aware of the order until nearly 15 minutes after the children had been handed over. Later that afternoon, Lynch said the officials were informed that the Homeland Security Department had determined the children should not be brought back on the return flight.

The latest court filing provides additional details about the hectic scene that day and cites a report issued by the Guatemalan government that describes how ICE officials had initially considered bringing the children back to the US immediately.

An ICE deportation official, Evan Katz, confirmed in the filing that the agency had sought Guatemalan approval to return most of the children to the US, many of whom reboarded the plane as part of the process. Katz told the court that an ICE assistant attaché in Guatemala received an email from an agency colleague that afternoon stating: “The single minors have disembarked however they want the kids to be returned to the US.”

BuzzFeed News had previously reported on an email sent by ICE attorney Adam Loiacono that same afternoon in response to a request for advice on how to handle the group, considering the judge’s order.

“Plane just landed in Guatemala. Need to know STAT because once we take them off the plane, they are essentially turned over to Guatemala officials. Please advise soonest,” wrote a lead official overseeing ICE deportation flights.

Loiacono wrote back saying he believed the children should have stayed on the plane and returned to the US.

“It appears likely that the district court’s order [was] issued prior to the flight departing the United States, even though we found out after take-off, and even if it [had been] issued after take-off, the expulsion would likely not be found to have been completed until they arrived in Guatemala,” Loiacono wrote, according to a source who described the email to BuzzFeed News. “Sorry for the short explanation, but need to be brief in light of the urgency.”

Of the 32 children, 28 boarded the plane again at about 4:55 p.m. ET on Nov. 18 because the remaining four had tested positive for COVID-19 and were taken to be quarantined, one of the government filings states. But a few minutes later, the children were taken off the plane.

Government attorneys said that Lynch, the deputy assistant director at ICE at the time, “apparently did not believe that the additional details were relevant because the focus on November 18, 2020 was whether to return the unaccompanied minors to the United States.”

The attorneys added that the process for bringing the children back to US soil would begin as soon as possible.

“Undersigned counsel sincerely regret that this process was not undertaken sooner,” the filing concludes.