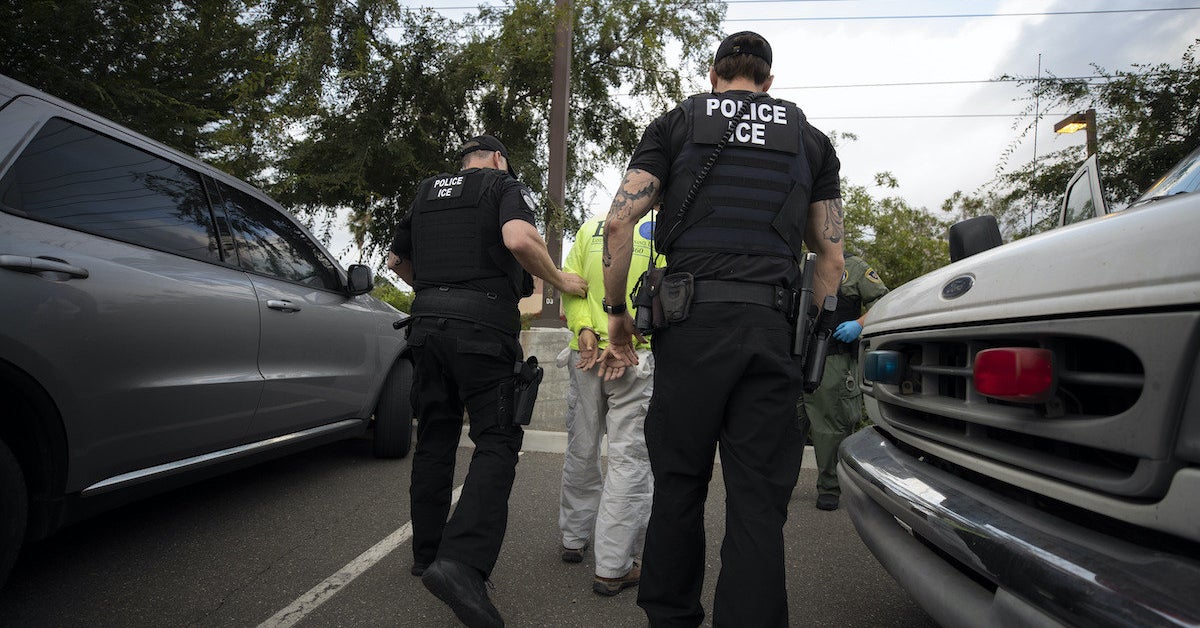 A last-minute agreement Trump officials signed with the union for Immigration and Customs Enforcement officers that could have undercut sweeping policy changes has been rejected by the Biden administration.

The move on Tuesday sets the stage for a possible showdown between President Joe Biden and ICE’s union, which endorsed former president Donald Trump in 2016 and 2020.

Earlier this month, a whistleblower alleged that a top Trump administration official, Ken Cuccinelli, abused his authority by entering into a set of agreements that granted the union “extraordinary power and benefits” and allow it to “indefinitely delay changes to immigration enforcement policies and practices.”

On Tuesday, the Department of Homeland Security put the ICE union on notice that it had determined that one of the agreements “was not negotiated in the interest of DHS and has been disapproved because it is not in accordance with applicable law,” an agency spokesperson said in a statement.

“The Department’s Chief Human Capital Officer notified ICE and the union in writing today that the proposed agreement has been disapproved,” the spokesperson added. “DHS will make policy decisions in accordance with the law and based on what’s best for national security, public safety, and border security while upholding our nation’s values.”

According to the DHS, officials have 30 days to approve or disapprove the agreement after it is signed.

Cuccinelli, the controversial former acting deputy secretary, signed a series of agreements that required DHS to give local jurisdictions six months to review and submit comments for immigration policy changes. The state of Texas, which signed one of the agreements, eventually sued DHS over Biden’s deportation moratorium, claiming it violated the contract.

A representative for the union did not immediately return a request for comment. But Cuccinelli told the New York Times earlier this month that the agreement “is entirely legal and appropriate, or we wouldn’t have executed it.”

In its first week, the Biden administration issued new priorities for ICE officers as of Feb. 1, including that they should focus on immigrants who have been deemed a national security threat, were arrested at the border after Nov. 1, 2020, or have been convicted of an aggravated felony.

“This abuse of authority is shocking,” the letter from the whistleblower’s attorney, David Seide, stated. “When the evidence is collected — the agreements’ last second timing, their out-sized conveyance of power and benefits, their purported invulnerability and Mr. Cuccinelli’s extraordinary involvement — it is clear that they are another example of the prior administration’s effort in its waning hours to cement a legacy at taxpayer expense.”