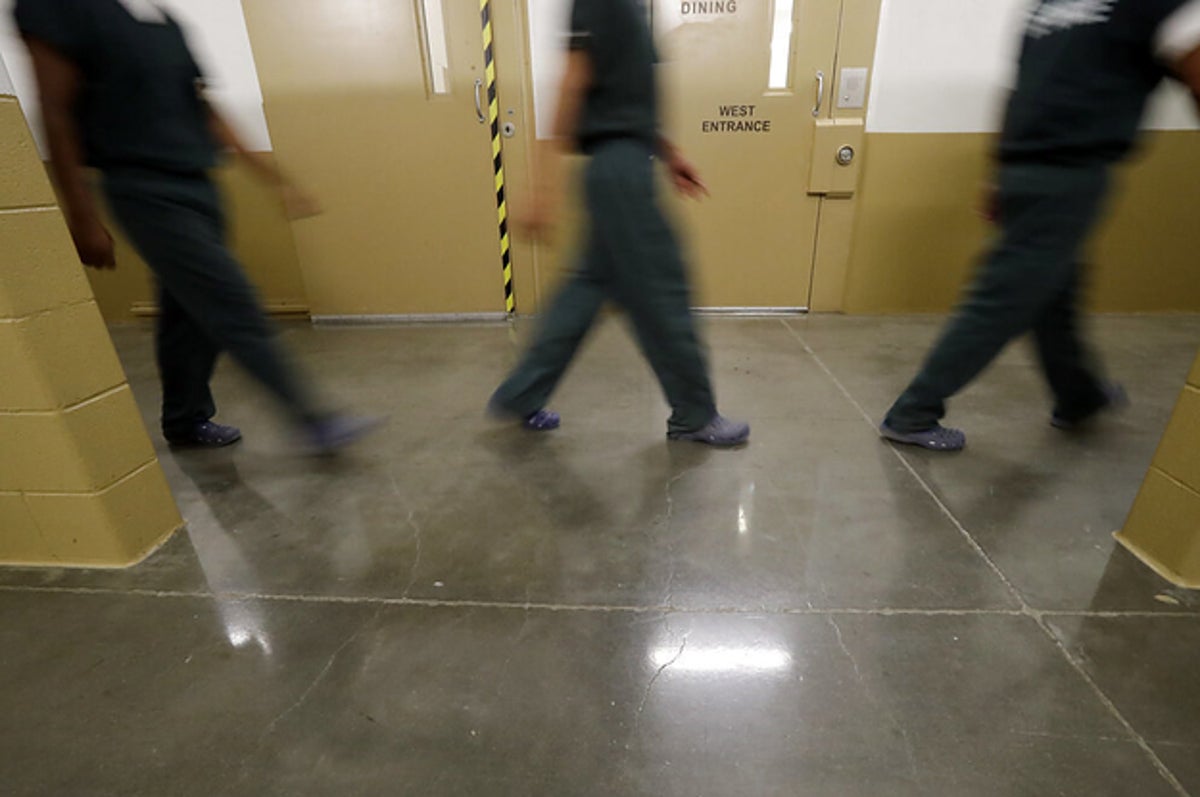 As millions across Texas endured freezing temperatures without running water or electricity this week, immigrants detained by ICE said they have endured their own misery with not enough to drink, toilets full of human excrement that couldn’t be flushed, and days without being able to shower.

At the South Texas Family Residential Center in Dilley, Texas, Adrian, a Honduran man who was seeking asylum in the US, said there hasn’t been running water at the ICE detention facility since Monday.

In addition to not being able to flush toilets, the men inside his dormitory were given a 500-milliliter bottle of water and two to three juices to drink a day, he said. Adrian, who asked to use a pseudonym fearing retaliation from immigration authorities, said he’s diabetic and wasn’t able to drink the juices.

“500 milliliters a day is not enough,” Adrian told BuzzFeed News. “The toilets are really dirty and stink a lot because we can’t flush them. We also have no water to bathe or brush our teeth. It’s really frustrating.”

The immigrants are not alone in not having access to water or power. Millions of Texans braved freezing temperatures without electricity or running water, but unlike the rest of the state, people in detention had even more limited options to improve their conditions because they were in government custody, advocates said.

ICE officials said on Thursday that some of their facilities had experienced power outages and interruptions in water service, but that all facilities had backup generator power.

“Food, water and heat are being provided to all individuals in custody,” an official said. “The agency is committed to ensuring that those in our custody reside in safe, secure, and humane environments and under appropriate conditions of confinement.”

ICE officials maintained that all facilities had heat and that recent checks had shown that all interior areas “are on average 70 degrees and within the acceptable range of 69 to 76 degrees.” ICE also contended that toilets at the South Texas facility were not overflowing and that water service was restored on Thursday.

The officials also said food was being served warm and water bottles were never rationed.

The Biden administration is looking to drastically decrease the number of immigrant families held in the Texas facilities, according to a source with knowledge of the planning, which NBC News first reported.

Adrian said he tried not using the toilet, but on Wednesday he gave up and tried melting snow he had collected in a trash can from outside the double-wide trailers he was housed in with other fathers. It was so cold that it took hours to melt, he said.

After the power went out, the South Texas Family Residential Center switched to a generator. Adrian said the heat would be turned on for a few hours a day, but it wasn’t enough to stave off the cold.

Some of the guards offered Adrian and other fathers more blankets to deal with the drop in temperatures.

“People put on their sweaters, hats, and gloves, but it was very cold,” Adrian said. “We couldn’t stand how cold it got, but there wasn’t much we could do.”

For three days immigrants at the South Texas Family Residential Center were given cold food, including sandwiches and chicken, Adrian said. Normally, he said, they were given pancakes, eggs, and potatoes for breakfast.

The most difficult part of the past few days, Adrian said, was not being able to speak with his wife and infant son, who are detained in another part of the facility until Thursday.

Allison Herre, managing attorney at Proyecto Dilley, which offers legal services to detained families, said she spoke with at least 10 immigrants at the South Texas Family Residential Center who reported not having running water, enough to drink, or the ability to flush shared toilets, among other concerns.

“People reported toilets were filled up with excrement,” Herre told BuzzFeed News. “One client of ours told us they were given water to flush down feces, but not urine.”

Some women were not able to change their clothes for four days because laundry service appeared to have stopped and others reported having to eat nearly frozen chicken or lacked the ability to shower for days, she added.

“I understand this entire situation in Texas is very unusual and extreme and everyone is doing the best they can,” Herre said. “But [ICE] still has a responsibility to maintain the safety of all residents in their care and they do have the discretion to release them if they so choose to if they can’t provide for their safety.”

In addition to the conditions, the storm and the resulting power outages have affected the ability of immigrants to advance their cases in the immigration system. Some people’s credible fear interviews, an important initial step in the asylum process, were delayed because of the storm, Herre said.

About 270 miles away, a 30-year-old Mexican man who is being detained at Port Isabel Detention Center said immigrants haven’t had water since Monday. As a result, the detainees at the Los Fresnos, Texas, facility haven’t had regular access to drinking water or been able to take showers or use the restrooms.

The men in the dormitory were finally able to shower Friday at about 5 a.m., he said, but were later told to stop using the water. On Thursday, guards gave immigrants each five wet wipes to clean themselves in lieu of showers.

“This is inhumane treatment,” he told BuzzFeed News. “This is a facility run by the government, which has to be ready for when the water and power stops running and they weren’t”

In order to use about eight portable toilets authorities at the Port Isabel Detention Center put up outside for the men in his dormitory to use, immigrants had to sign up. He estimated that about 150 immigrants shared those toilets.

The immigrant said he signed up at 3 p.m. Wednesday to use the restroom and wasn’t able to use it until 5 p.m. Some immigrants couldn’t wait and used the dormitory toilets they weren’t able to flush, further contributing to the smell and accumulation of human waste.

“We’ve all been really tense, we’re better today because we were able to shower,” the Mexican immigrant said. “But in the days before, whenever a guard would enter the dormitory we’d scream that we needed water and had to use the restroom.”

He understood that it was out of the control of the guards, but it didn’t change the situation the immigrants found themselves in.

Immigrants at the ICE facility were not given enough water to drink a day, Princely said, but those who were lucky enough to have money could buy extra from a vending machine.

“The most difficult parts of this week was not being able to shower for three days and not getting adequate water,” Princely told BuzzFeed News. “People were really stressed out.”

Since Tuesday, Princely said, the men in dormitory he sleeps in along with about 55 others have been using portable toilets that sit out in the cold and are shared with another dormitory, which also has about 55 men.

Being able to socially distance inside the Port Isabel Detention Center is impossible, Princely said, and for the past three days they haven’t been able to wash their hands due to the lack of water.

“So many of us fear for our lives, we’re worried we’ll catch COVID,” Princely said.