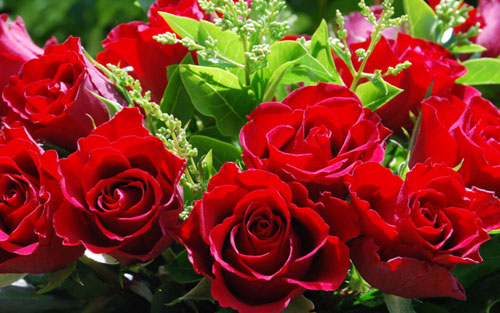 THERE IS ONE SEASON,THAT MANY A YOUTH WOULD NEVER FORGET.IT IS THE SEASON OF LOVE..WHETHER TRUE LOVE OR LUST OR INFACTUATION..IT IS THE VALENTINE SEASON! over 200 million valentine cards and flowers are exchanged each year.just as each celebration ends up with an estimated over 2 million unwanted pregnancies,over 20,000 disease infections,and over 2000 broken relationships.

for a start,lets have a look at the history of the seasson..

While some believe that Valentine’s Day is celebrated in the middle of February to commemorate the anniversary of Valentine’s death or burial–which probably occurred around A.D. 270–others claim that the Christian church may have decided to place St. Valentine’s feast day in the middle of February in an effort to “Christianize” the pagan celebration of Lupercalia. Celebrated at the ides of February, or February 15, Lupercalia was a fertility festival dedicated to Faunus, the Roman god of agriculture, as well as to the Roman founders Romulus and Remus.

Most scholars believe that the St. Valentine of the holiday was a priest who attracted the disfavor of Roman emperor Claudius II around 270. At this stage, the factual ends and the mythic begins. According to one legend, Claudius II had prohibited marriage for young men, claiming that bachelors made better soldiers. Valentine continued to secretly perform marriage ceremonies but was eventually apprehended by the Romans and put to death. Another legend has it that Valentine, imprisoned by Claudius, fell in love with the daughter of his jailer. Before he was executed, he allegedly sent her a letter signed “from your Valentine.” Probably the most plausible story surrounding St. Valentine is one not focused on Eros (passionate love) but on agape (Christian love): he was martyred for refusing to renounce his religion.

To begin the festival, members of the Luperci, an order of Roman priests, would gather at a sacred cave where the infants Romulus and Remus, the founders of Rome, were believed to have been cared for by a she-wolf or lupa. The priests would sacrifice a goat, for fertility, and a dog, for purification. They would then strip the goat’s hide into strips, dip them into the sacrificial blood and take to the streets, gently slapping both women and crop fields with the goat hide. Far from being fearful, Roman women welcomed the touch of the hides because it was believed to make them more fertile in the coming year. Later in the day, according to legend, all the young women in the city would place their names in a big urn. The city’s bachelors would each choose a name and become paired for the year with his chosen woman. These matches often ended in marriage.

Lupercalia survived the initial rise of Christianity and but was outlawed—as it was deemed “un-Christian”–at the end of the 5th century, when Pope Gelasius declared February 14 St. Valentine’s Day. It was not until much later, however, that the day became definitively associated with love. During the Middle Ages, it was commonly believed in France and England that February 14 was the beginning of birds’ mating season, which added to the idea that the middle of Valentine’s Day should be a day for romance

NOW THAT WE HAVE A ROUGH IDEA OF VALENTINES DAY HISTORY,WHAT  SHALL BE DONE? HOW DO WE MAKE IT A SUCCESS? HOW DO WE KEEP THE LOVE GOING?

for more tips see you next next week!