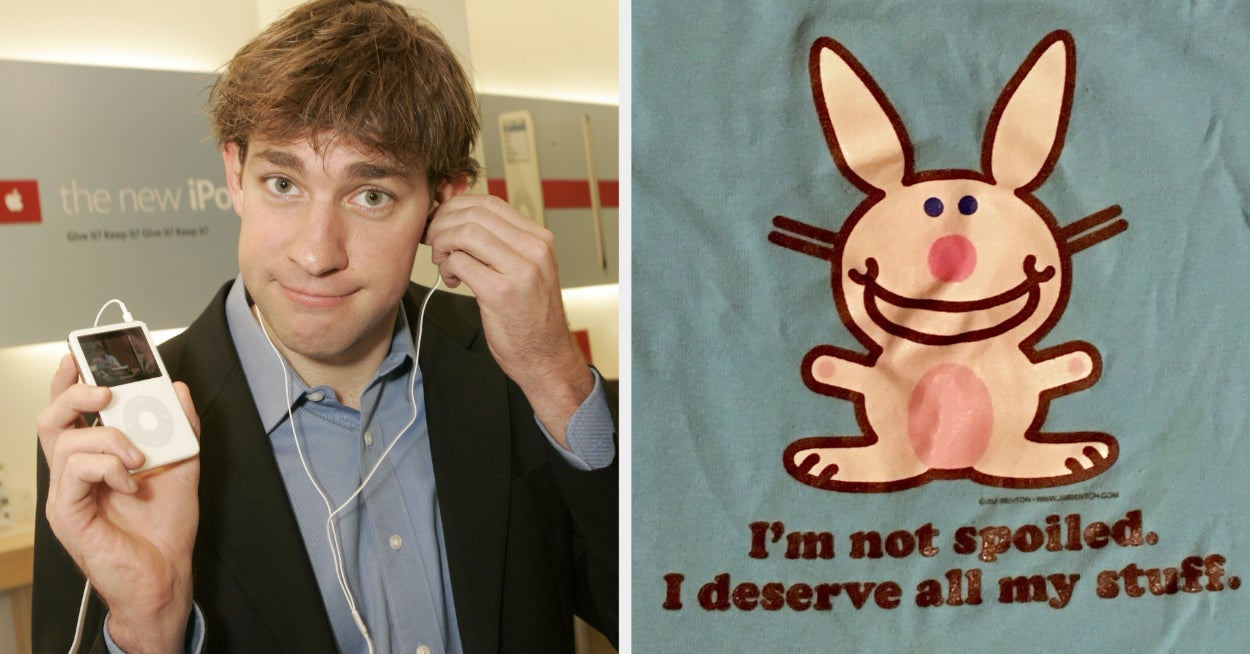 The bright green “on light” on the old external computer speakers:

Happy Bunny T-shirts and the sarcastic statements on them:

Best Buy having like 50% of its floor space dedicated to just DVDs:

And the Apple Store having 50% of its floor space devoted to iPods and the accessories for them:

Bougie designer iPod covers, which cost almost as much as the player itself:

Gateway computers and the cow-print boxes they came in:

My Name Is Earl and it being a pretty popular TV show:

G4’s Attack of the Show!, which was the nerdiest show on TV:

…and Sarah Jessica Parker’s Bitten clothing line, both of which were sold at Steve & Barry’s:

Spike Guys Choice Awards, which seemed like an award show that you would get if you combined Maxim magazine, a trucker hat, and an energy drink:

B. Dalton bookstores, which was a mall staple:

The Good Guys! stores, which always felt like a fancy Best Buy:

Car cassette adapters that let you listen to your iPod in the car:

DVDs that came in cardboard cases and had a double-sided DVD (one side for full-screen and one for widescreen):

Waist chains that came with long dangling pieces, which scratched your skin:

Myspace Secret Shows, and you never knew anyone who actually went to them:

Family Guy ringtones, which you had to text to get and also pay for:

And finally, VH1’s The Fabulous Life of… series that, in retrospect, probably was not 100% factual: