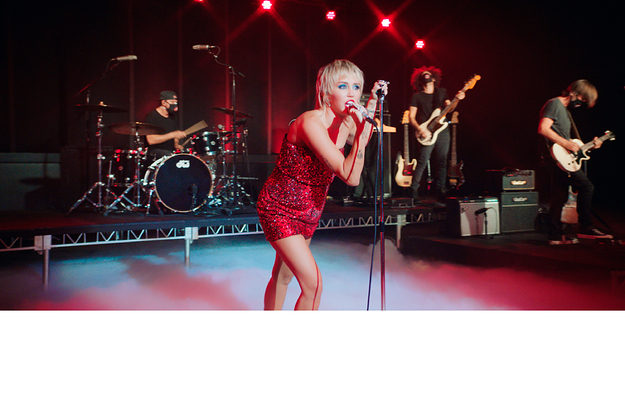 Miley Cyrus just released her new album Plastic Hearts, and it’s one of her best to date. Check it out if you haven’t already — she’s on a whole new thing now, offering a contemporary update of 1980s pop-rock.

The album features Cyrus baring her soul more than ever before, and when she stopped by The Howard Stern Show today, E! reports that she opened up more about breaking her sobriety during quarantine.

“The hardest times have been in this pandemic,” Cyrus admitted while noting that she’s always been “truthful” about where she’s at.

“And a lot of people, their sobriety broke during this time. I was one of them. Luckily, I haven’t gone back to using any drugs, but I was drinking during the pandemic.”

Cyrus said that she doesn’t see her breaking from sobriety as a relapse: “I regressed,” she explained, “because, it’s really, for me, drinking hasn’t been—that hasn’t been my demon. But it does not get me going any further.”

Even though Cyrus said she doesn’t consider herself an alcoholic, she also acknowledged the effect that drinking’s had on her relationships.

During the interview, Cyrus also explained why she stopped doing her Instagram Live talk show she’d fired up at the beginning of the pandemic: “The dopamine—getting up every day, seeing the viewer count go up—it didn’t do it for me anymore.”

Hey, burnout is real, whether or not it’s a pandemic. And as always, we’re thankful for Miley speaking her truth and helping all of us grow as well.