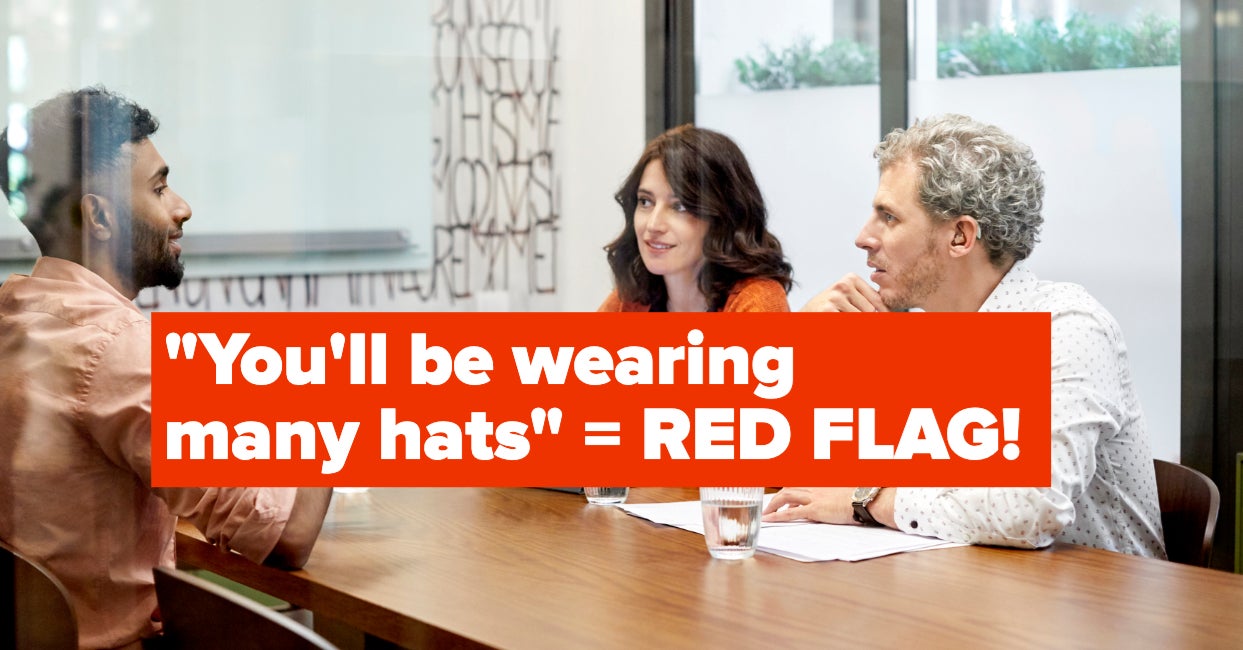 On Saturday, Reddit user u/pbourree asked people, “What are subtle red flags during a job interview that say ‘working here would suck’?”

It led to people sharing a bunch of red flags, bad signs, and small things you should definitely keep on the lookout for during job interviews.

“When the interviewer says, ‘Well, the overtime isn’t mandatory, but most folks stick around after hours most days.'”

“My favorite is ‘There are a lot of people waiting in line to work here, so consider yourself lucky.’ Huge red flag.”

“An interviewer asked me if I had any trouble working for free on weekends. I told them my free time is more valuable than anything, and that the only way that I would work a weekend is if they are paying me, and if I felt like working a weekend. She got really mad at me and ended the interview right away.”

“I asked the interviewer what the job’s biggest challenge was. They said ‘job security.'”

“When they say, ‘You are required to wear clothing that has the company logo. You must purchase it yourself from the company.'”

“At my last place of work, the person interviewing me had a printed cartoon on their wall of someone who looked like a bomb had blown up in their face with the caption ‘I spoke with [boss name] about it. I guess we’re still doing it.’ The boss wound up being an absolute tyrant.”

“I once showed up for an interview, and the manager wasn’t there that day. No one called me to let me know. The assistant manager was not apologetic for the scheduling issue at all. She was literally just like ‘Oh, she’s not here today’ in a tone that suggested I should somehow already know that.”

“I didn’t know it at the time, but ‘You’ll be wearing many hats’ was a sign that they were going to give me the work of four positions and the wage of one.”

“I brought up a company’s awful Glassdoor reviews, and they got so mad they ended the interview. Well, guess I dodged that bullet.”

“If they dodge questions on pay, that means they don’t pay enough for what they expect of you. Or, if they use the word ‘family’ in reference to the employees, it means they want you to work lots of unpaid overtime.”

“I once turned down a job offer because they mentioned that the previous person in the position had quit after a few months, and most of the people I interviewed with seemed stressed out.”

“When they want you to keep your pay between you and them.”

“When they ask if you’re planning on having kids soon.”

Do you know any job interview red flags? Share them with us in the comments below!