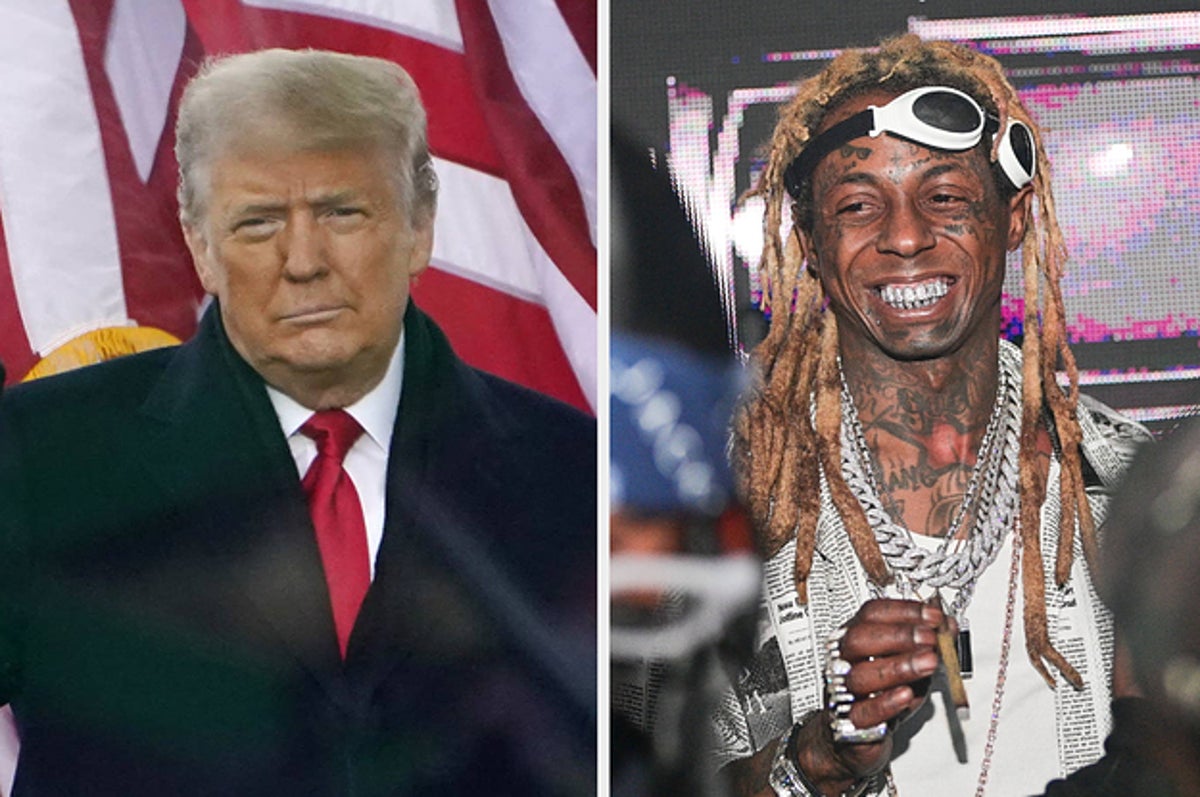 President Donald Trump on Wednesday pardoned rapper Lil Wayne, who was facing up to 10 years in federal prison after pleading guilty to a gun charge last month.

The rapper, whose real name is Dwayne Michael Carter, was charged with illegal possession of a firearm and ammunition after officers found a loaded handgun in his possession while he was traveling to South Florida from California on Dec. 23, 2019, according to the Department of Justice. Carter, 38, had previously been convicted of a felony, making it illegal for him to possess a firearm.

He pleaded guilty last month and was due to be sentenced Jan. 28.

The renowned hip hop artist met with the president days before the Nov. 3 presidential election to discuss an economic proposal aimed at empowering Black business owners.

In a tweet that included a picture with Trump, Carter praised the president for his work on criminal justice reform and said the proposal, which was called the “platinum plan,” would “give the community real ownership.”

“He listened to what we had to say today and assured he will and can get it done,” the rapper tweeted.

In the White House announcement of Carter’s pardon, officials noted it had been supported by Brett Berish, owner of liquor company Sovereign Brands, and football legend Deion Sanders.

“Mr. Carter has exhibited this generosity through commitment to a variety of charities, including donations to research hospitals and a host of foodbanks,” the White House said.

In the final weeks of his presidency, Trump has granted clemency to a suite of political allies and supporters, including key figures in the investigation into Russian interference in the 2016 election. The New York Times reported over the weekend that some close to Trump have been collecting fees from wealthy felons or their associates to lobby the president for clemency.

In 2010, Carter served eight months in prison after pleading guilty to gun charges connected to an arrest in 2007 when a gun was found on his tour bus in Manhattan. The rapper has also previously been convicted of felony drug charges.

Following his latest conviction, his former attorney Ron Sweeney, who recently filed a lawsuit against Carter seeking $20 million in allegedly unpaid commissions, said he hoped Trump would pardon him, according to the Hill.

“My heart goes out to Wayne and his family. I still love him notwithstanding the lawsuit,” Sweeney told the Hill. “I hope the court shows leniency or Trump pardons him,”