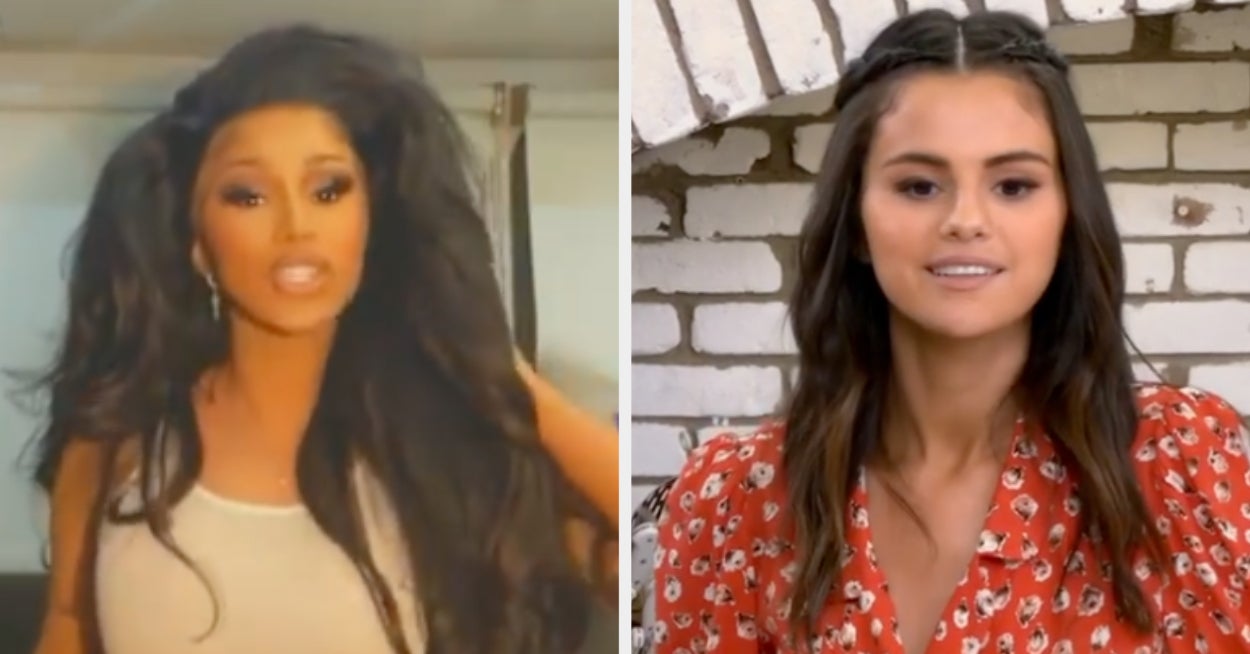 Camila Mendes went blonde (well at least with a blonde wig) for Riverdale:

Sofía Vergara wondered why Baby Yoda was still hanging around her house:

Christy Turlington celebrated Inauguration Day by sharing this throwback photo of herself and hubby, Ed Burns, looking very patriotic while on a boat:

Ricky Martin was bored and bleached his beard:

Eiza González took advantage of that good lighting and took this selfie:

Wilson Cruz got a new and striking headshot:

Mario Lopez celebrated that the Saved by the Bell reboot was renewed for a second season:

Demi Lovato performed a cover of Bill Withers’ “Lovely Day” as part of the Inauguration festivities:

Manny MUA asked himself if he really likes boba:

Diego Boneta had a beach day with his brother, Santiago:

Tessa Thompson got interviewed by Roxane Gay for Town & Country:

Cardi B was ready to go home after a photo shoot:

And finally, Jennifer Lopez and Alex Rodriguez took a photo in front of the United States Capitol ahead of her performance during the Inauguration: