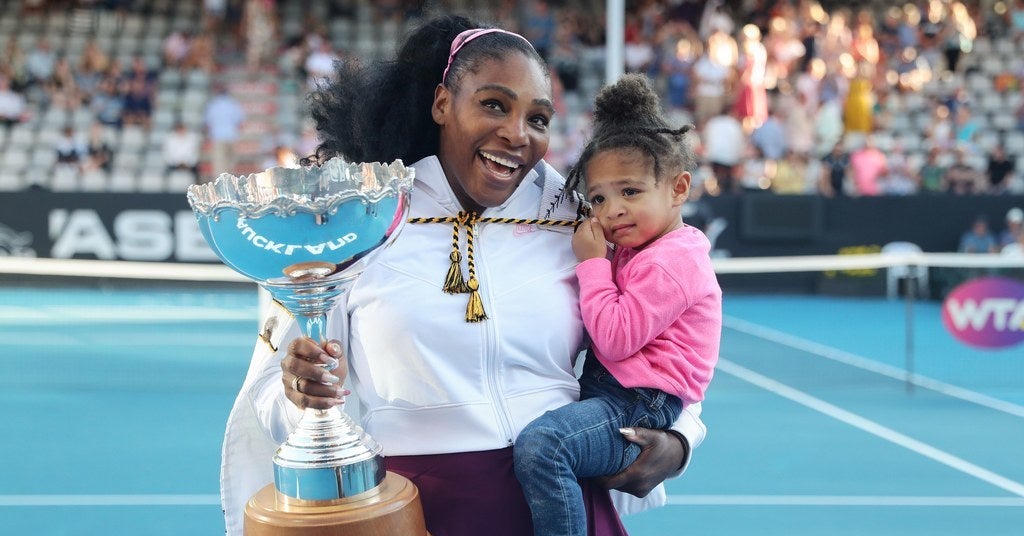 Serena Williams’ daughter is just three years old, but she already has her own signature tennis move.

Alexis Olympia Ohanian Jr., who Serena calls Olympia, has been getting pretty familiar with the tennis court over the past year. (And not just during her mom’s matches.)

“She likes it,” Serena said in a recent interview with Yahoo Entertainment, adding, “She’s good at twirling when she hits the ball.”

While Serena hasn’t shared a video of Olympia’s go-to move on social media yet, she has posted some adorable photos of her daughter in action.

“Turn, back, reach, head, follow through,” Serena wrote on one photo of Olympia putting in some hours at the tennis court.

It was actually the pandemic that prompted Olympia to start playing tennis. “Really, the reason I started getting her into tennis a lot is because it’s the only thing we could do that’s socially distant,” Serena explained.

“It’s been a year of having to be distant, so I’m like — we can’t sit in a house all day with a 2-year-old, she was 2 at the time she started playing. We can’t put her in soccer or any other stuff. So we were like, this makes a lot of sense.”

While Olympia clearly has moves, her tennis playing is just for fun. Serena is letting Olympia write her own future: “Whatever she wants [to do].”

Whatever that is, Olympia will have the support of her mom and dad!