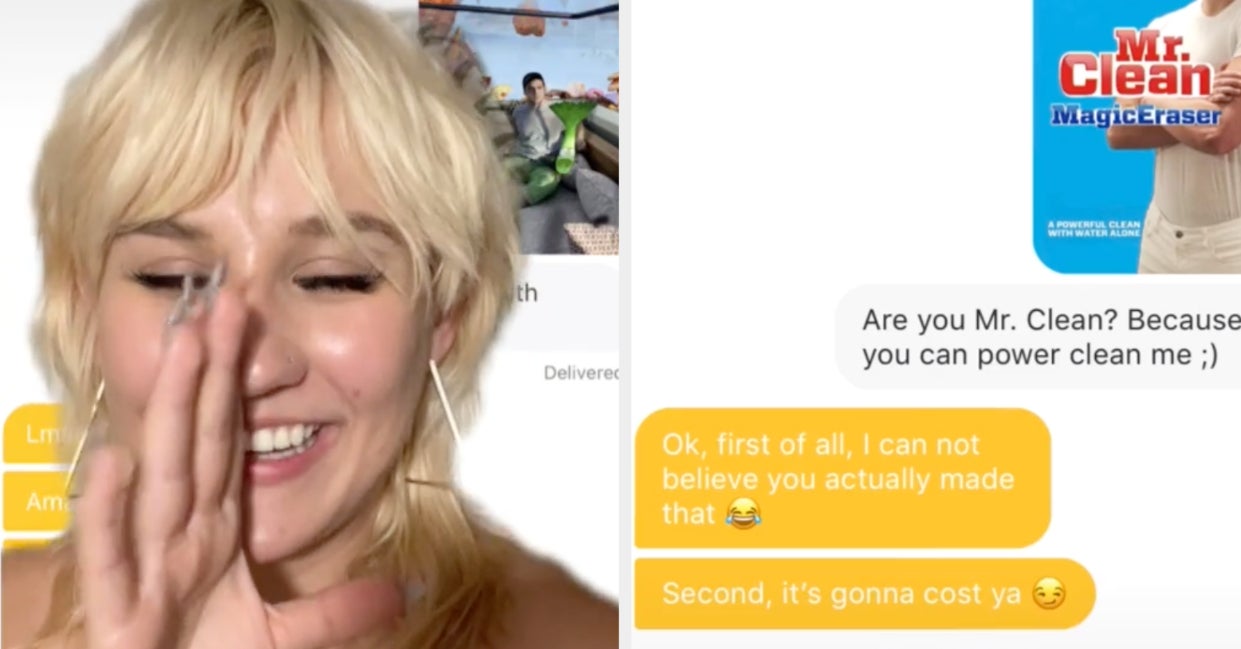 Dating apps…you either hate ’em or love ’em. And if you’ve given online dating a try, you’ve probably encountered an entertaining conversation or two.

Brianna “Bri” Gomez, a 22-year-old photographer based in Arizona, found a particularly amusing way to liven up conversations with her Bumble matches — and it’s been getting a lot of attention on TikTok.

After joining Bumble last year, Bri, known as @briforprez on TikTok, has been sharing videos where she photoshops her matches into hilarious scenes and then sends it to them as a conversation starter — and TBH, it’s kinda brilliant.

BuzzFeed spoke to Bri, who shared what inspired her to give the app a try — and eventually start sharing her experiment online: “Prior to me photoshopping my Bumble matches’ photos, I was in a pretty long-term relationship. So, like most people after getting out of a relationship, I resorted to online dating, which has been especially strange during a pandemic,” she said. “[I had] more free time, coupled with me not knowing how to date anymore — this happens when you’ve been in a relationship for the past two years. What’s cool? Do we still use pickup lines?”

So, she played around with a creative idea to break the ice with her matches: “The extra, awkward photographer in me, decided, ‘Hey, let’s do what we do best and photoshop, throw some relevant pickup line in, and BAM, I should find my future husband in no time, right?'” she joked. “When I showed my friends what I had been up to on my Bumble account, the TikTok account became a no-brainer.”

Here’s Bri’s first video, where she photoshopped one of her matches — who happened to be wearing a fur coat in one of his photos — into a Game of Thrones scene:

To make it even better, Bri paired her creation with a themed pickup line: “Winter is coming, but I can keep you warm through the night.” And yes, she sent it:

In addition to showing her photoshopping process in her TikTok videos, Bri also shows how her matches actually respond. So if your curious, here’s how that Game of Thrones one went:

The finished product and the response:

Bri photoshops her matches into movie and TV scenes or iconic characters, and one of her most popular videos, with over 1.4 million views, involves her photoshopping her match — who happened to be standing on railroad tracks in a photo — with Thomas the Tank Engine in the background:

Here are the results:

As her TikToks have grown in popularity, Bri has gotten a variety of responses from viewers: “The online reaction to the videos have been quite mixed; some think I’m a complete weirdo…others think I am a genius,” she said. “People may look at these TikToks I’ve been doing and think, ‘Man, is she really desperate?’ Or, ‘Why is she trying so hard to impress people?’ But if there’s one thing that’s for sure, I am purely doing this because I find it to be good time. I think it makes this whole online dating thing less awkward for both people involved. Because when you photoshop someone’s photo into a Titanic scene, it’s gonna be a great icebreaker.”

While Bri has fun coming up with unique icebreakers, she also has an important message behind her videos: “If I’ve learned anything from my last relationship and if there’s anything people watching my videos should take away from them, it’s that you should do what you want to do in your love bubble. No more shrinking yourself to fit everyone else’s bubble — everyone else’s ‘normal.'”

Bri, who is currently single, has a positive perspective on dating in general: “If you find your soulmate by photoshopping their photos into a Disney movie or by editing Thomas the Tank Engine behind them, then so be it. At least you’re having a good time and a good laugh — and at least you’re staying authentic to who you are and putting yourself out there.”

Be sure to check out Bri’s photography website and Instagram @brimarie for her work. And to watch all of her hilarious videos, check out her TikTok @briforprez!