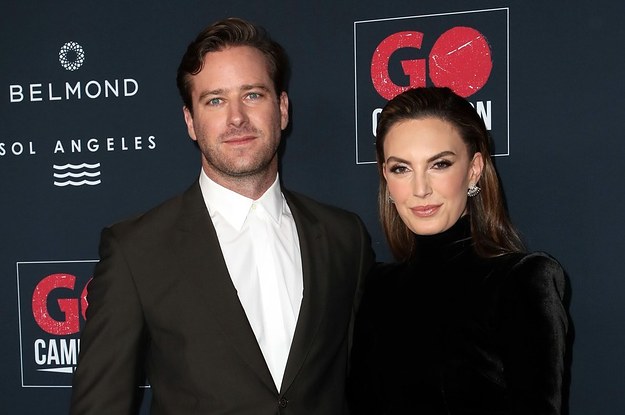 Late Thursday night, news broke that Luca Guadagnino — the director of, among other films, Call Me By Your Name — was reuniting with CMBYN star Timothée Chalamet for the “cannibal love story” Bones & All.

The news raised some eyebrows, since Hammer has been the recent subject of numerous allegations regarding past relationships — including alleged Instagram DMs with the actor allegedly “appearing to write to a woman on [Instagram] that he is ‘100% a cannibal’ and desired to ‘drink [her] blood’,” according to Variety.

Up to this point, Hammer’s ex-wife Elizabeth Chambers — who separated from the actor in July of last year — has remained silent about the allegations. But she clearly noticed the unfortunate timing of the casting announcement, commenting on a Just Jared IG post about Bones & All: “No. Words.”

Earlier this evening, it was reported that Hammer dropped out of a forthcoming TV show for Paramount Plus detailing the making of The Godfather — just a few weeks after departing the upcoming Jennifer Lopez action-comedy Shotgun Wedding.

Read more about the allegations against Hammer here.