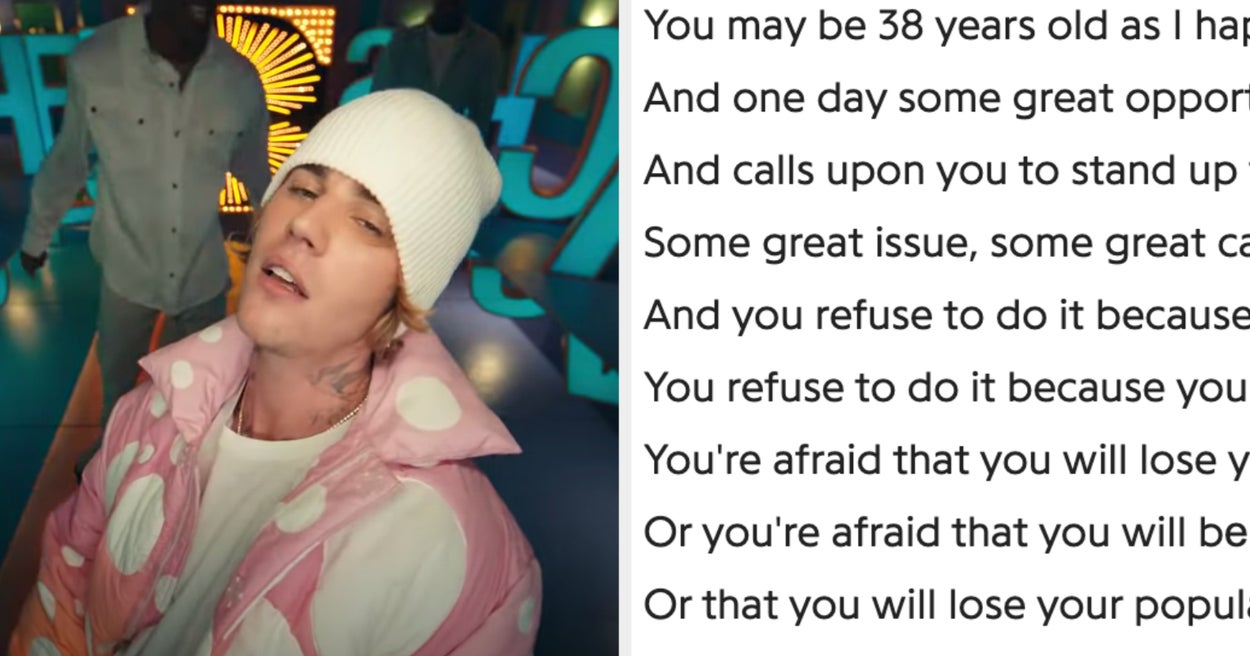 This week, Justin Bieber released his sixth studio album, Justice, an R&B/pop LP that seems to be a love letter to his wife, Hailey Bieber.

Two songs on Justice — “2 Much” and “MLK Interlude” — feature audio from civil rights leader Martin Luther King Jr.’s “Letter from Birmingham Jail” (1963) and his “But If Not” sermon (1968), respectively.

“MLK Interlude” features King’s empowering words about dying for something you’re passionate about:

This drew backlash, with people pointing out how the interlude precedes “Die For You,” a song about Justin, you know, dying for his partner.

People criticized the arbitrary inclusion of MLK’s speech/sermon on the album:

“His album is called Justice and has an ‘MLK interlude,’ but speaks nowhere of social justice, and is focused on love and relationships,” one person said.

People were essentially confused why the “MLK Interlude” was specifically on an album that’s all about…Hailey Bieber?

The backlash eventually turned into a meme:

People did point out that Justin received permission from MLK’s daughter, Bernice, who tweeted, “Each of us, including artists and entertainers, can do something. “

Justin has not responded to the backlash, but we will update this story if he does.