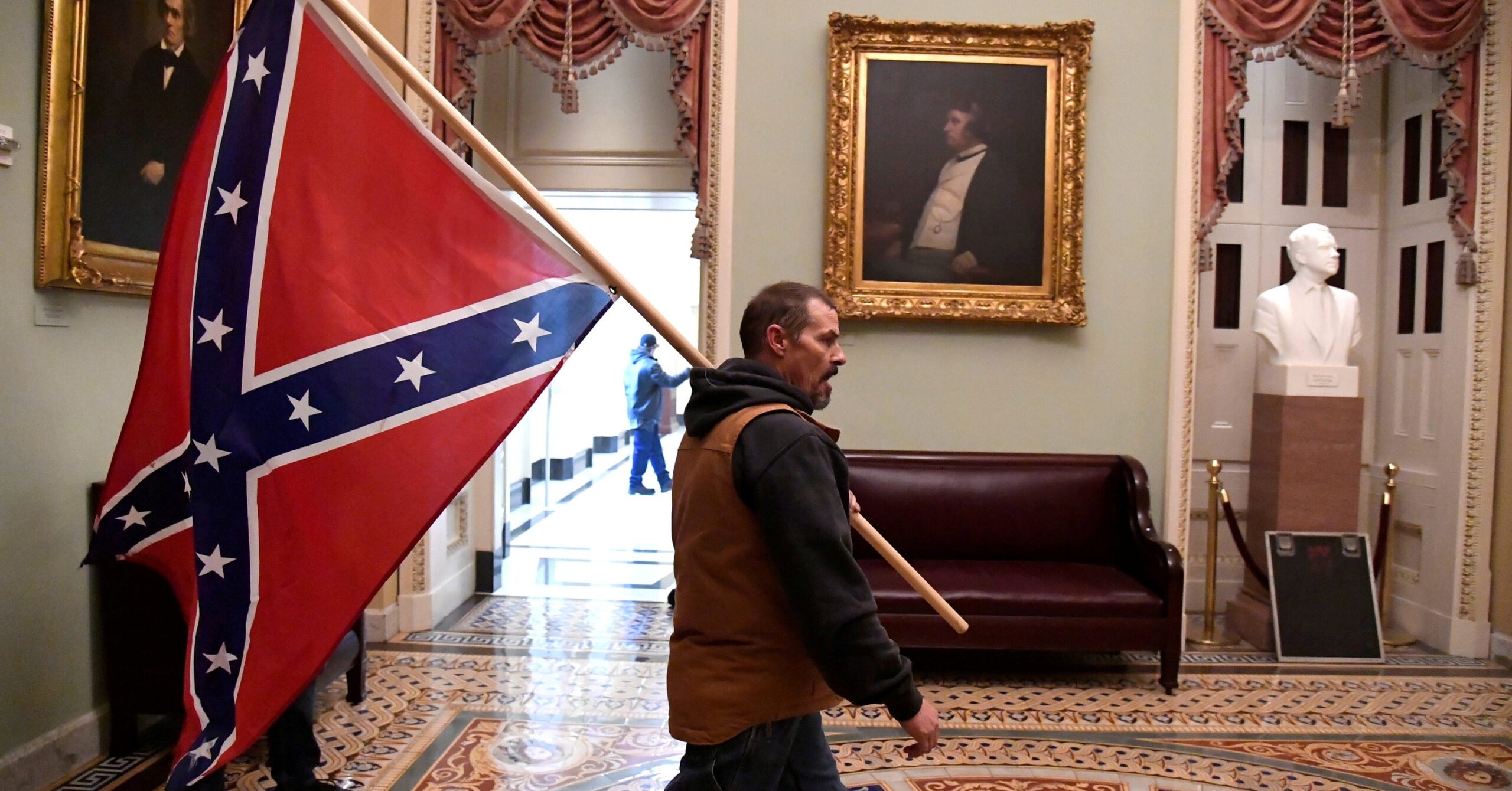 
In a day that will go down as one of the darkest in American history, thousands of Donald Trump’s supporters waved Confederate flags, hung nooses, and paraded white supremacist symbols as they violently breached the US Capitol on Wednesday.

Shrouded in racist and hateful imagery, the pro-Trump mob forced elected officials to flee as they were certifying the results of the 2020 presidential election in a terrifying insurrection that saw one woman fatally shot during the violence.

At least one of the rioters who stormed the building was pictured wearing a “Camp Auschwitz” sweatshirt in reference to the Nazi Germany–operated concentration camp where more than 1 million Jews were killed during the Holocaust.

Outside the Capitol, Trump supporters flashed the once-innocuous “OK” hand signal that has been adopted as a white power symbol and is now often used by pro-Trump and alt-right figures to troll the media.

Others donned Pepe the frog paraphernalia, another previously harmless meme character that has been co-opted by white nationalists as an anti-Semitic symbol.

Trump supporters also carried Confederate battle flags as they descended on the nation’s capital and wore shirts describing the day’s actions as a civil war.