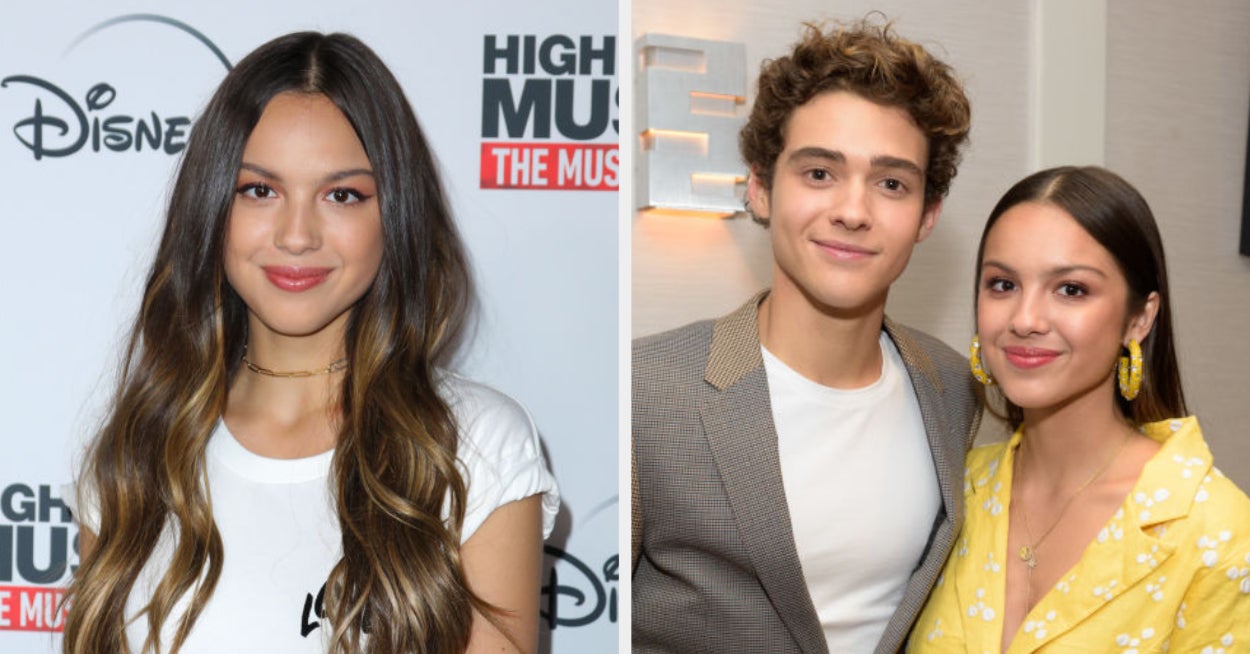 Teen sensation Olivia Rodrigo has a lot to celebrate right now — her debut single “Drivers License” has shot straight in at number one on the Billboard Hot 100!

The 17-year-old has had a meteoric rise over the last couple of weeks, with her first official music release breaking a whole ton of records on its way to the top spot.

Not too shabby for a debut single, huh!

“Never in my wildest dreams did I expect all of this support,” Olivia said in an Instagram post reacting to the news of her number one record. “Thank u guys endlessly for listening.”

“Y’all have managed to turn one of the scariest most painful moments of my life into something so positive and powerful,” she added. “Sad girl shit forever.”

Now, if you’ve even vaguely heard of “Drivers License”, you might already know what Olivia was referring to when she noted the “scariest most painful moments” that became the inspiration for the song.

Since its release at the beginning of January, it’s been rumored that the track is actually all about Olivia’s alleged breakup with High School Musical: The Musical: The Series costar Joshua Bassett, who starred as her love interest in the Disney+ show.

Although the pair never officially confirmed their relationship in the first place, fans of the show thought a breakup was playing out behind the scenes, with a lot of convincing evidence to back up the theory.

Around the same time that Olivia started hinting at a breakup, Joshua was pictured on an apparent lunch-date with Sabrina Carpenter. Fans noted that Sabrina fits the vague description of the girl that Olivia’s ex-boyfriend leaves her for in “Drivers License” — blonde and older than her — and that the lyrics of the song, which originally referred to a brunette, had actually been changed from an earlier version to fit Sabrina’s appearance.

There was also a bunch of other things that made it look like “Drivers License” was about Joshua, including a subtle video clip of the two of them while they were apparently dating appearing in the video, as well as lyrical references that seem to confirm the song’s about him (Olivia refers to the boy in question driving a white car and, what do you know, Joshua drives a white car).

A full breakdown of the drama is right over here if you’re interested.

And the drama doesn’t end with Olivia’s song. Around the same time that it was announced, Joshua also revealed a new single titled “Lie Lie Lie” which is…well, interesting.

However, despite all of the apparent drama going down behind the scenes, Olivia wasn’t going to be drawn on questions over the song when she was asked about it in a recent interview.

“I totally understand people’s curiosity with the specifics of who the song’s about and what it’s about, but to me, that’s really the least important part of the song,” she told Billboard. “It’s resonating with people because of how emotional it is, and I think everything else is not important.”

“To see it do really well — to have this really painful moment in my life, and turn it into something beautiful that can maybe help people through a tough time that they’re having, like I was having a tough time — it’s just so empowering,” she went on. “I feel grateful that I got to do that.”

I mean, that doesn’t exactly shut down the rumours…

Anyway, you can read Olivia’s full interview with Billboard here.