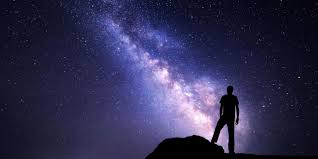 Welcome to the twenty first century!
A time where civilization is at its peak.We moved a long way, from the stone age to where we are today, with many advances in science and technology, and easy life, with opening of eyes,,and the “moral colonization” of the world .

The Moral
According to the Advanced learners Oxford dictionary, moral can mean:
1.Of or relating to principles of right and wrong in behaviour, especially for teaching right behaviour.
2.Conforming to a standard of right behaviour; sanctioned by or operative on one’s conscience or ethical judgment.
3.Capable of right and wrong action.
Having looked at what we have above, you’ll agree with me that our present modern age is everything but moral.

The Immoral
Immoral, on the other hand can mean:
Not moral; inconsistent with rectitude, purity, or good morals; contrary to conscience or the divine law.
synonyms
♦ wicked
♦ unjust
♦ dishonest
♦ vicious
♦ licentious

And then looking at AMORAL, it means:
1.(of acts) being neither moral nor immoral
2.(of people) not believing in or caring for morality and immorality
synonyms
♦ non-moral
Having looked at the three cursorily, let’s now take a look at them with regards to where we have come, where we are, and where we’re heading to.
In biblical times, men feared and worshipped different deities, which ruled their code of conduct and defined what men called good and bad.The people had a sense of Justice and a clear distinction between good and bad. 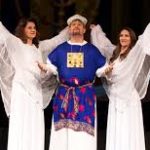 They lived and died by divine laws,disobedience of which attracted severe and immediate consequences. In those times, men had regard, lives had value, grey hair had value, children learned at the feet of the adults, they got innoculated with sense of good and bad, and it guided them through out their generations.Moral societies are almost nonexistent in this century,found in mostly typical underdeveloped societies. 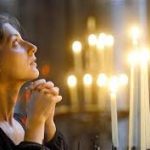 Much later,when Civilization began to set in,man ceased to depend on deities, he began to develop skills and tools, and began to have so much faith in his own skills, that he began to doubt the role of deities and the divine in deciding his destiny.Man began to disregard those norms by which his ancestors lived. It was at the border between the moral and the immoral that development and civilization reached most parts of the world.While some people held fanatically to their religion and what they believed to be right,even to the point of extremism, other societies climbed the ” freedom ladder” and embraced liberation from the “moral strings” that held him down .The deities themselves became more tolerant in unleashing judgement as was in the times past. Man is corrupt in nature, and ” desperately wicked” Civilization brought light to many, and many saw too much light that they became blinded by it. 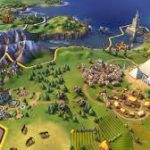 With man gaining absolute physical and technological control of the earth and the space it is launched in, man Began to doubt the presence of the divinities and the deities.Atheists increased daily,among core scientists who could not find any physical or ” chemical” evidence of any divine presence.
The norms instituted by nature was dragged down to the dusts.Marriage and sex, Love, and even civility were all put under human manipulation..
* Clothed no longer worn for cover ,the lunatics now look more descent than the sane.
* Men began to have sex with animals and adopt many “animal life patterns”
*Men began to marry men, and women began to marry women.*The divine injunction to “multiply, and fill the earth..” became an insult to the amoral man .Such that even among societies that claimed to belong to “the saved” began to breath the air of amorality that has engulfed the whole of existence..
* Bishops and leaders became gay
*The church became a political war front
* Men robbed in the church in broad day light ” in the name of the Lord”
It is clear that we have moved FROM THE MORAL, TO THE IMMORAL and NOW IN THE AMORAL..

To those who have “seen and examined” the times, it is obvious that this is the end..when there shall be no more right or wrong..absolute lawlessness..and total ungodliness..
We’re going back to the times when time started..before man began to know right and wrong.. AND THAT IS THE END OF TIME. 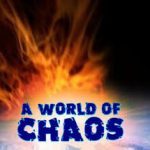