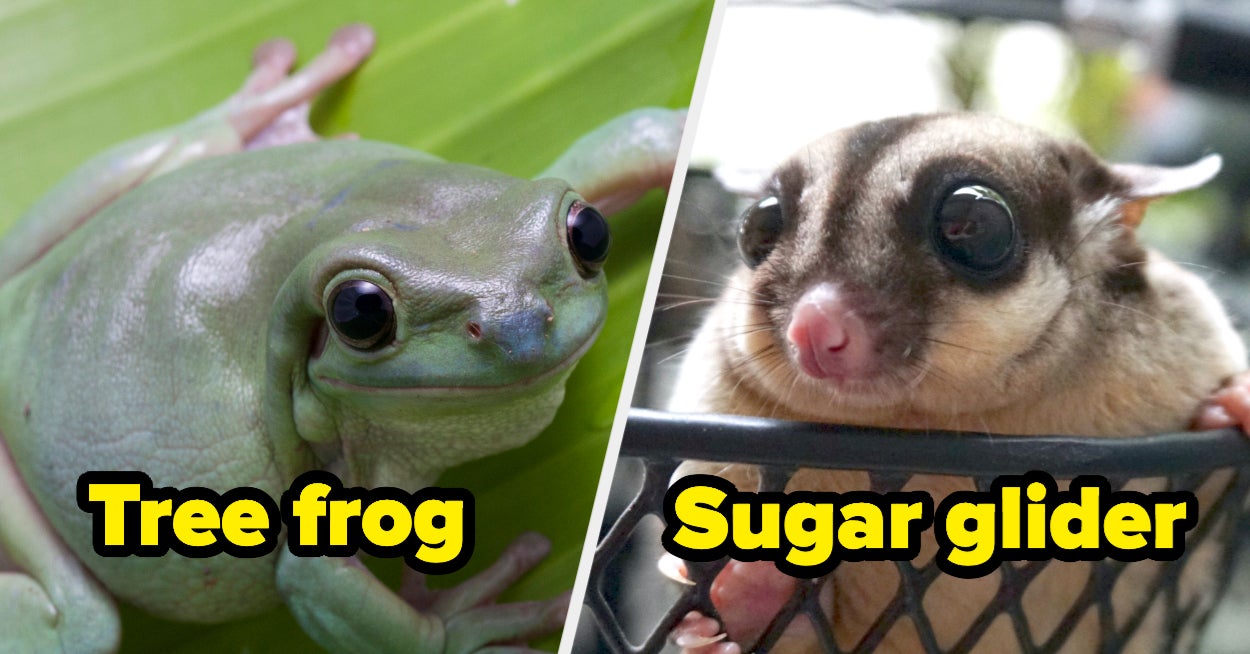 Recently, we asked members of the Buzzfeed Community whether they had an unusual pet that they thought was superior to a cat or a dog. Here are some of the best responses:

“I have a bearded dragon… and they are so lovable and friendly.”

“Chickens are the best!”

“We used to have a couple of orphaned civets… that we took care of.”

“I had a rat and she was the most lovely little creature.”

“I had a crowntail betta for three years.”

“I have a chinchilla called Ru (after the drag queen, of course).”

“I have two corn snakes called Kandinsky and Blossom.”

“Ducks – they’re not only cute and friendly but also very hardy.”

“I have two Australian tree frogs.”

“I have three marbled newts.”

“My grandparents used to have a flock of sheep.”

“I have two turtles named Quill and Gamora.”

“I have two sugar gliders, their names are Bandit and Iggy.”

“I have a ball python named Kaa (yes, after the snake in The Jungle Book).”

“I have a tortoise called Grendel.”

“I have a snow kingsnake named Calypso.”

“I have an American giant millipede named Filbert.”

“I have a blue tongue skink.”

“I think the more unusual ‘pet’ I have would be my colony of dermestid beetles, or flesh-eating beetles.”

Disclaimer: please think before you get a pet of any kind – especially an animal that needs specialist care – and remember that not all animals are suitable as at-home companions, or indeed, may be legally owned in your part of the world!

Note: Some entries were edited for length and/or clarity.