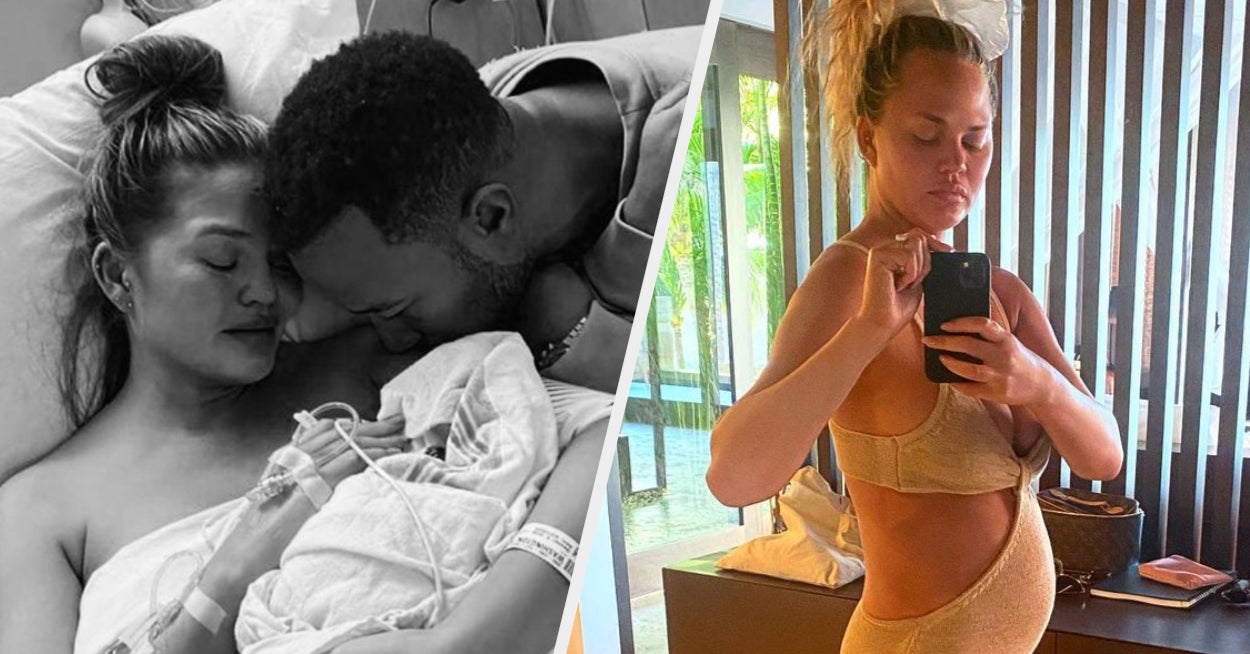 Chrissy Teigen has opened up about her relationship with her body following the loss of her baby.

In October, Chrissy announced she and her husband John Legend had lost their third child, a baby boy they named Jack, after months of increasingly severe pregnancy complications and an eventual hospitalisation.

Chrissy has been open with fans about her experience ever since. Just last month, she described her last couple of months as “brutal, exhausting, sad, physically challenging, [and] mentally painful,” but acknowledged things were improving.

“I already see the leaves as orange instead of grey, realized the sky is indeed blue and not black, and horn honks on my forced morning walks only bring me to my knees half the time,” she wrote on Instagram.

And on Wednesday, Chrissy shared a photo to Instagram of her body almost three months after the loss of her baby, admitting it’s “frustrating” that she still has her bump.

She went on to say that while she’s sad she won’t ever be pregnant again, she feels lucky to be able to watch her two children — 4-year-old Luna and 2-year-old Miles — grow up.

“I am lucky to have two amazing little ones who are transforming into big little people more and more every single day,” Chrissy shared.